With the first round of group stage fixtures wrapped up, we seem to have a clear picture of how the EURO 2020 seems to be shaping up and which team looks set to carry the momentum and qualify for the knockout stages and who will crash out and sail back to their home. The second round of group stage fixtures embarks today with Turkey taking on Wales at Baku Olympic Stadium here in Baku, Azerbaijan.

The Match-Day 2 fixture of Group A witnesses Turkey locks horns against Wales, who would like to build upon their opening fixture draw against Switzerland in a bid to stay up in the EURO 2020 tournament. Wales boasts of stellar names like that of Real Madrid winger Gareth Bale who spent a season long loan at his former club Tottenham and of Aaron Ramsey who will be looking to hit the road running after spending majority of the season on the Juventus bench. Turkey, smarting from their 3-0 loss in a poor show during the opening game of Euro 2020 vs. Italy would like to bounce back to keep their hope alive in the tournament.

Previous Meeting between Turkey and Wales

Turkey and Wales have clashed on six occasions before today’s match with Wales marginally leading the head to head count having won 3 matches against two victories for the Turkish team. The last time these two teams played against each other was way back in 1997 with Turkey defeating Wales 6-4. Both of the teams go in to the match looking for their first win in the tournament and we can expect a tooth and nail battle

Having failed to land a win in the first match of the tournament both the teams know that today’s match is of paramount importance. Wales would be looking to build on the spark they showed late into their game against Switzerland and would be hoping to capitalize on Turkey who are reeling under their 3-0 loss to Italy. It is important for both the teams to bag the three points as their qualification into the knockout stages of the game hangs in balance. Wales need their star men to step up if they are to win this game against Turkey who would not be looking to commit the same defensive fatalities as they did against Italy.

Who will win Turkey vs. Wales match? 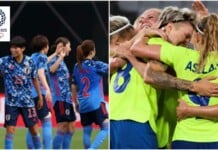