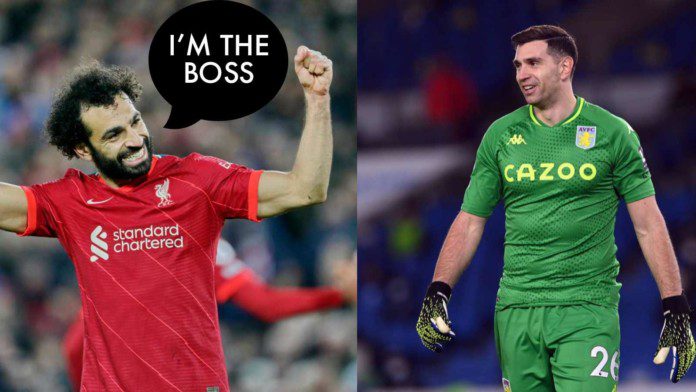 Liverpool are looking to close the gap on Premier League leaders Manchester City with a victory against Aston Villa in their ongoing match at Anfield. A high-intensity approach from the Reds was extremely well-matched in terms of defensive work rate by Steven Gerrard’s Liverpool as they went into the halftime break level, however, Liverpool’s quality came through in at the end as Mohamed Salah scored his 21st goal of the season to take his side to all three points.

Jurgen Klopp’s side came out with even more intensity in the second half, while attacking the Kop end and eventually got their goal in the 67th minute. Mohamed Salah continued on one of his ventures high up the pitch down the right flank with Villa skipper Tyrone Mings in close proximity to him.

The Egyptian did brilliantly to get inside the box and Mings made a clumsy challenge on the attacker, thereby handing the opposition an easier route back into the game. After a lengthy VAR check, the penalty was awarded and Mohamed Salah made no mistake in scoring from the spot despite the best of shenanigans from Villa’s goalkeeper Emiliano Martinez in goal.

The Argentine is never afraid of having a word or two to any approaching penalty taker and has had considerable success using the tactic as well, but this time it did not pay off and Salah scored with a perfectly taken strike, which hit the inside post and rattled the net.

The Reds defended well for the remainder of the match, to claim all three points in a match that was hyped because of the arrival of Liverpool legend Steven Gerrard at Anfield. The former midfielder gave a good account of his tactical sense on the night and the fans would be definitely happy with what they saw from their own side and a hopeful future managerial candidate. 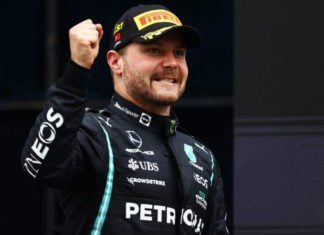 Manan Goel - January 28, 2022
The Finnish driver and 5-time part of the Mercedes F1 team that won 8 and all Constructor's titles in the hybrid era of motorsport,...