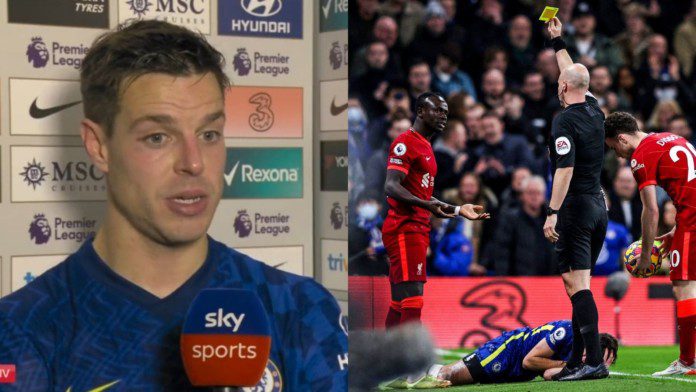 In the ongoing Premier League season, time and again we have witnessed disastrous mistakes on part of the on-field and the Video Assistant Referees (VAR). The incompetency of the system has only grown with time and the very reason as to why the VAR was introduced in the first place being put to serious questioning. We saw a similar incident in tonight’s Chelsea vs Liverpool match.

Almost as soon as the match between Chelsea and Liverpool kicked off, Liverpool forward Sadio Mane got involved in a rough aerial battle with Chelsea captain Cesar Azpilicueta. The Senegalese star went elbow first and hit Cesar Azpilicueta nastily, throwing him off his feet. The incident was referred to the VAR and after a detailed check the referee warned Sadio Mane off by showing him just a yellow card. This decision was severely criticized by fans all over social media and has given re-kindled to the ‘VAR is incompetent’ controversy all-over again.

Cesar Azpilicueta, who was on the other end of the challenge, expressed his frustration at the substandard and ‘soft’ piece of refereeing during that particular instant in the post match conference.

Cesar Azpilicueta said, “It’s a clear red. I mean i don’t mind if it’s 5 seconds into the game, it’s his first action it’s a clear red. He doesn’t seem to challenge, he doesn’t see the ball but just hits with his elbow. I don’t understand. We had these kinds of decisions the other day. Two penalties that were not given and today the first action it’s a clear red card. And of course we are getting these decisions against us. It could change the way of the game a lot.”

After checking the incident, VAR said that in their view it was reckless and not violent – and hence the decision to stick to the yellow card. The Chelsea captain grilled the VAR system and the refereeing standards in the Premier League this season while opining on the matter.

He said, “Always they’ll say what they think. In my opinion I don’t understand why we are promoting challenges that are fifty fifty with the ball. Sometimes we have seen joke of penalties and sometimes we see real dangerous actions and we don’t take actions.”

The Spanish defender mentioned that it is not the first time it has happened to them this season and asserted that they have ‘suffered’ due to poor refereeing on many occasions this season.

“A lot of meetings we do every season before, we see that there are a few game weeks when the referees become a bit softer in terms of penalties and in terms of red cards then it becomes the opposite. I don’t know what happens but we don’t see the consistency even in the same game or through the season and what is disappointing is that these kinds of decisions are clear and I knew it was a clear red.”

Also Read:- “We need to raise our level”- Cesar Azpilicueta on how Chelsea can compete against Manchester City 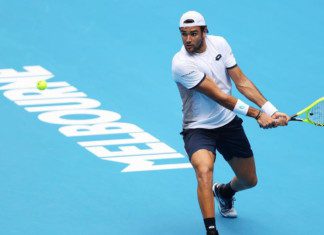