Sergio Perez claimed his first podium finish of the season, as he finished P1 at Azerbaijan GP on Sunday. The Mexican driver climbed to the third spot in the championship, after claiming all 25 points in Baku.

Prior to the race in Baku, Perez finished P4 and P5 on two occasions each, and was getting used to his new car at Red Bull. Christian Horner, Red Bull team principal was delighted with Perez’s performance and stated that there was a lot of time to discuss about a contract extension. Perez was signed from Aston Martin towards the end of last season, after he was out of a seat.

“We still have plenty of time to answer that question. But Sergio is doing a great job. He should just keep doing that,” said Horner.

He was quick all weekend: Horner on Sergio Perez

Christian Horner stated that Sergio Perez was quick all throughout the weekend, and his speed surprised many in the Red Bull crew. “We knew he was good around here but we didn’t know he was that good,” said Horner.

“He was quick all weekend. He was bang on the pace and the only mistake he made was in Q3 run one. His race pace was phenomenal. Had he not been longer at the pit-stop, he would have been right on top of Max with the overcut such was his pace in clean air. Phenomenal for him. The way he was defending from Lewis and controlling that was a class act,” said Horner.

Red Bull now lead the championship by 26 points, after both Mercedes drivers, Lewis Hamilton and Valtteri Bottas finished outside the points. Max Verstappen suffered a late tyre failure which ended his race.

“I think it’s an added string to our bow on a day that you lose your lead car that Checo’s right there to deliver the win. That’s exactly what we’ve been looking for,” he added.

“I’m delighted for him and pleased for the team with all the amount of effort that’s been going on behind the scenes. For all our partners as well. I think it’s everyone doing their bit and Checo being a part of that,” Horner continued.

Also Read: “Lewis Hamilton Would Have Taken Sergio Perez Out at The Re-Start in Azerbaijan GP”: Helmut Marko

“Lewis Hamilton Thinks He Can Provoke Max, That is Where he is Wrong,” A Take on the Lewis vs. Max Rivalry in Formula 1 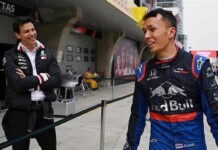 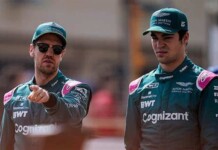 “Runs You Out on the Road”: Lewis Hamilton on Max Verstappen

“Max Verstappen is the Fastest But Still in ‘Puppy’ Stage: Sir Jackie Stewart