Sergio Perez did not have the best of practice sessions on Friday, as he struggled on the Jeddah circuit. The Mexican finished P11 in the first free session, and could manage to finish only P9 in the second session.

Lewis Hamilton was the pick of the drivers on Day one, as he finished on the top spot in both the sessions. The 36-year-old was unable to set a superior time on the soft tyres and was unable to find clean air to set up a fastest time.

Despite enjoying himself on the tracks, Perez believes that things could very well go haywire in the qualifying session on Saturday. The tracks at Jeddah at pretty narrow, which leaves very less room for overtaking.

“We saw what happened when everybody was on the soft tyre at the end… It can get very tricky, very messy, very quickly,” he added.

Sergio Perez believes that the qualifying session could end up being very tricky, as anything could happen on the Jeddah circuit. This was evidenced by the fact that Charles Leclerc suffered a huge crash in the dying stages of FP2,

Mercedes have the clear pace advantage going into the qualifying session, given their speed on the straights. Red Bull’s chief goal would be to prevent a Mercedes front row lockout, and secure as many points in Jeddah.

“It’s going to be very, very tricky to get the perfect lap out there. But then I think in the race, it’s a long race ahead of us and anything can happen so we just have to stay in there. I think it will be an interesting race,” Perez said.

“A lot of things can happen, we saw Charles today, it’s a track where if you make a mistake it can be extremely costly so we’ll just have to stay in there and be on it as much as possible,” he added.

Also Read: Helmut Marko ponders upon Lewis Hamilton’s luck as he compares him with Valtteri Bottas 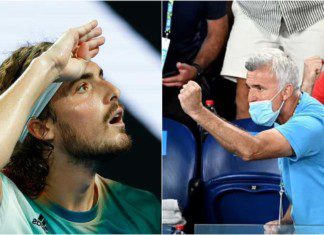