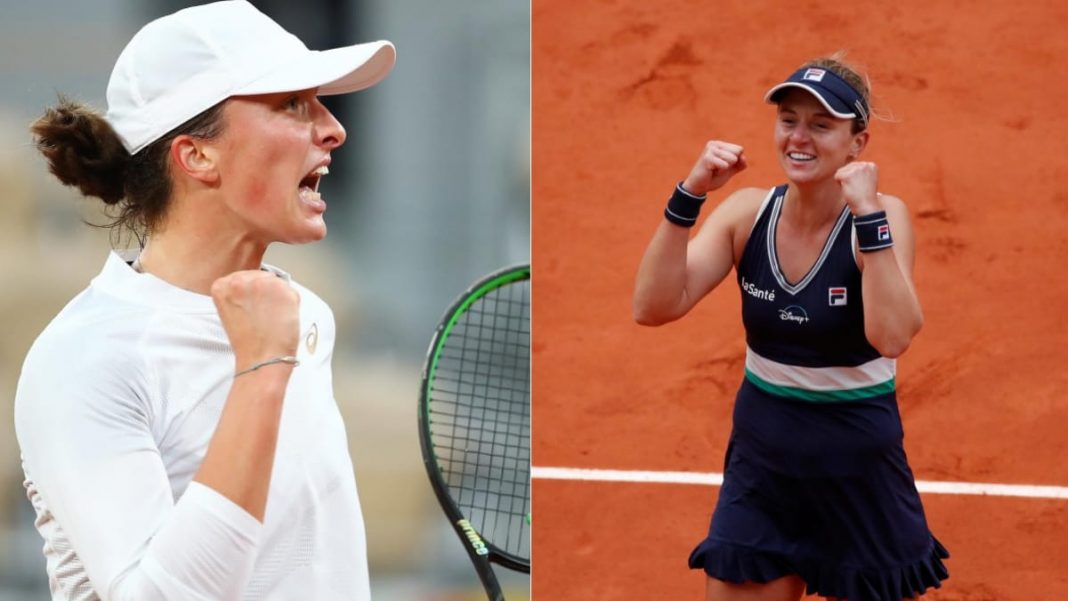 In a cracking contest, unseeded Iga Swiatek will lock horns with qualifier Nadia Podoroska for a place in the championship match at the French Open 2020. Very rarely do we get to see an unseeded player play against a person who has entered into the main draw through qualifiers in the last-four stage of a Grand Slam, which sets up for an enthralling encounter.

Talking about the road to the semifinals, it is really surprising that Swiatek, who is not even in top-50, hasn’t faced any sort of challenge throughout the tournament. The 19-year old Polish prodigy is yet to lose a set this year at Roland Garros. Her quarterfinal match too went on the similar lines late last night, as Swiatek swatted aside another qualifier in the form of Martina Trevisan in straight sets 6-3, 6-1.

On the other hand, Podoroska has already created history by becoming the first qualifier in the Open Era to reach the semis at the French Open. The 23-year old Argentine ended the journey of yet another seeded player yesterday, handing a shock defeat to 3rd-seed Elina Svitolina in a last-eight contest. Podoroska demolished Svitolina, who was favourite to lift the trophy after Simona Halep and Karolina Pliskova got ousted from the event, in straight sets 6-2, 6-4.

First meeting between the two women, so the head-to-head record stands at 0-0.

Swiatek has looked in terrific touch so far and she has steam-rolled through her opponents, even against World No.2 Halep. Her prolific run should continue and the match may not even go to the distance. Podoroska should be extremely proud of her performance at the tournament and she should step on the court all guns blazing to even think of challenging Swiatek. Nevertheless, a straight-forward victory is on the cards for Swiatek.