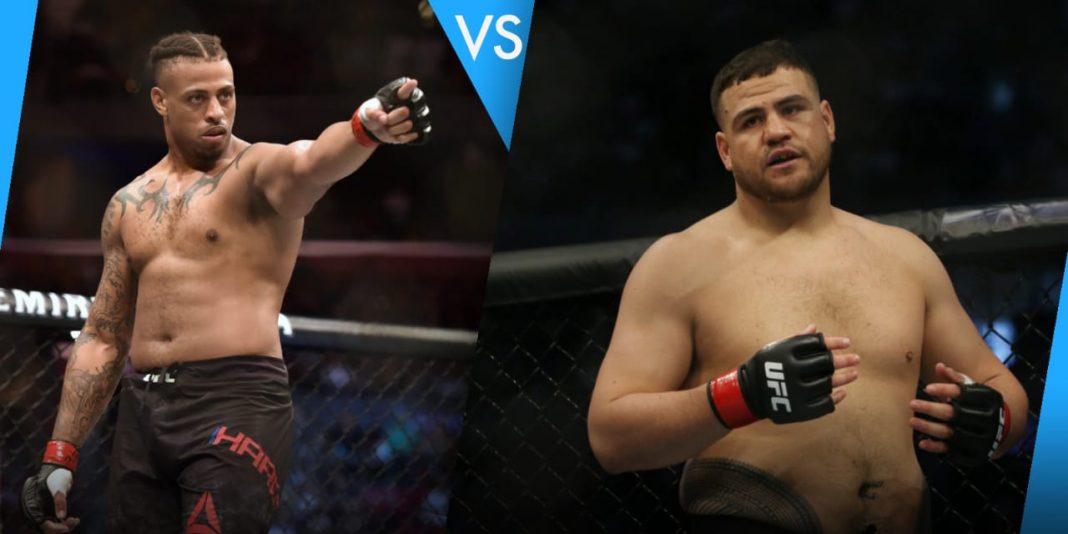 UFC has matched up a heavyweight battle between Greg Hardy and Tai Tuivasa this summer at UFC 264. Both the heavyweights will be looking to produce something phenomenal to cement their names among top contenders in the best division in UFC right now.

The name of the source who revealed the booking has been disclosed because the person prefers anonymity for the moment. The first report about this fight was made from Combat Sports Insider. The fight is expected to take place on July 10th. UFC president Dana White has not officially revealed the location of the fight but hopes to be T-Mobile Arena in Las Vegas.

Former NFL player Greg Hardy hinted on his Instagram post that he will be fighting Tai Tuivasa. In his caption, he wrote, “Getting ready for July 10th. It’s on contract signed and the prince is locked and loaded. Bout to drop a couple of the grade American super spiller G bombs on Australia’s favourite son.”

The former NFL player, Greg Hardy has a record of 7-3-0 with one ‘No Contest’ in his career. The fighter is coming off a loss against Marcin Tybura at UFC Fight Night: Thompson vs. Neal. Prior to the loss, he was on a two-match consecutive winning streak beating Maurice Greene and Yorgan De Castro by KO and unanimous decision respectively.

His opponent, Tai Tuivasa on the other hand is just 2 weeks fresh from his victory against Harry Hunsucker at UFC Fight Night: Brunson vs. Holland. ‘Bam Bam’ knocked out Harry under a minute in the very first round and caught a lot of eyes that night. He previously won against Stefan Struve via knockout in the first round.

Greg Hardy will look to break the good momentum Tuivasa has going. Greg afterall has experience fighting one of the top fighters, Alexander Volkov. Who do you think will win the battle of these two giants?

Also read: “He is not a representation of our beautiful sport,” says Jorge Masvidal ahead of Ben Askren vs. Jake Paul fight

Francis Ngannou opens as favorite in the rematch against Derrick Lewis

“He’s disgusting,” Anthony Smith is not happy with Jake Paul’s recent comment about his early “CTE”

“The last thing we want to do is lose to Jake Paul,” says Ben Askren’s coach

“It is an honor”: Vince Carter reacts to Kevin Durant calling...

Sumeet Singh - April 16, 2021
A lot of NBA players have idolized their superstars who happen to be very recent veterans in the game. Kevin Durant is undoubtedly one...

‘We are not far away from Europe’s best’: Ole Gunnar Solskjær’s...

Shirin Akhtar - April 16, 2021
One Plus is back with the second edition of their Domina8 series & this time it’s COD Mobile. Professional cricketers' exploiting like Yuzvendra Chahal's COD...

“It is an honor”: Vince Carter reacts to Kevin Durant calling...