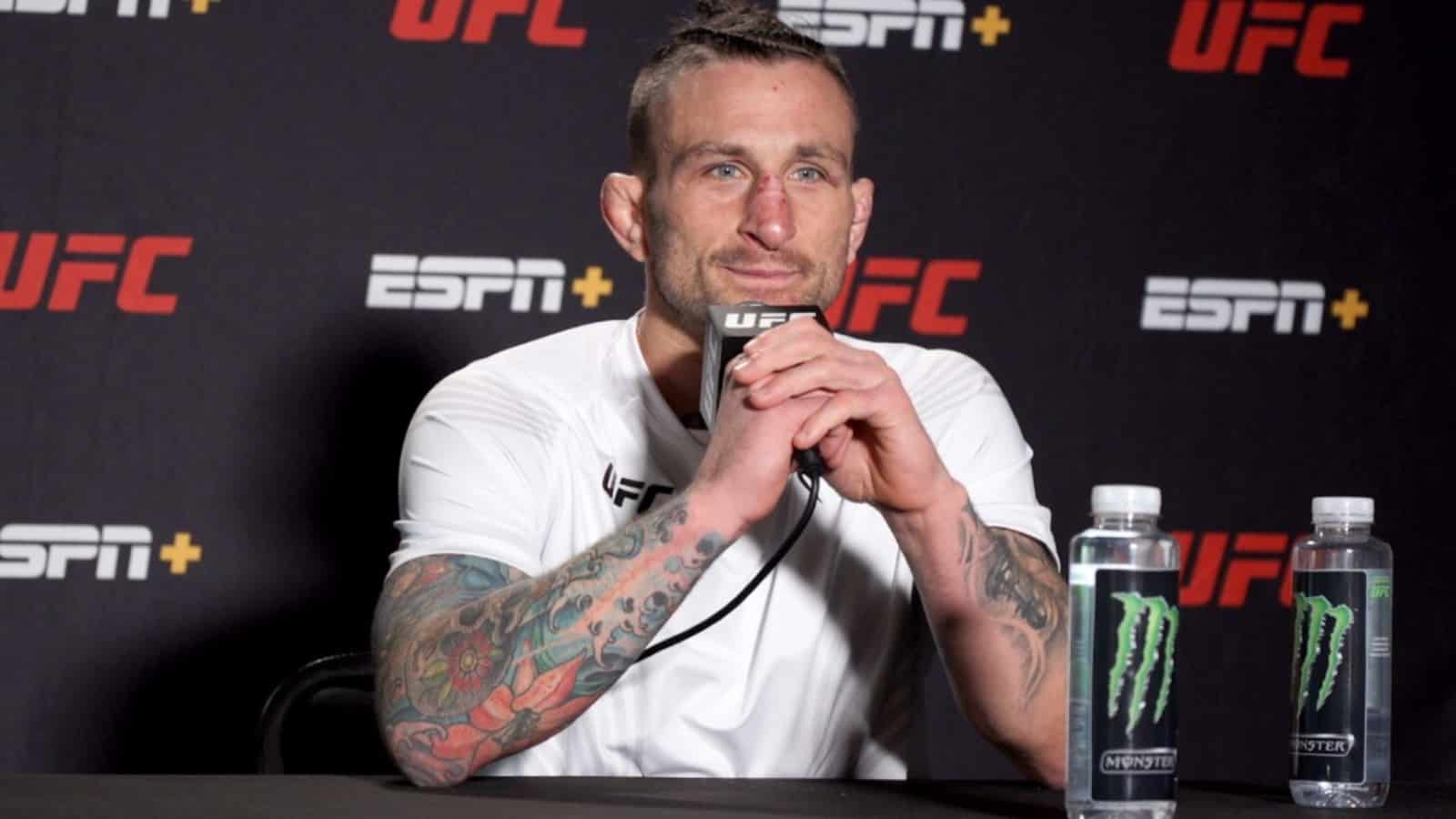 Gregor Gillespie made a remarkable return to the octagon after almost two years. He saw off Carlos Diego Ferreira in just two rounds, as he won via. TKO. Rarely does Ferreira get dominated like that, and thanks to Gillespie’s splendid show, the Brazilian was beaten.

Gillespie’s took home $100,000 after winning the Fight of The Night bonus. An emotional Gillespie addressed Daniel Cormier at the post-fight interview saying that he was about, ready to cry, before going to acknowledge the fact that he is the best ‘Fisherman in the MMA’.

And, at the post-fight press conference, Gillespie spoke about his fight against Ferreira. He explained that people felt that he was exhausted and out of shape, which was totally wrong.

Gillespie said, “I was exhausted. People are going to watch that and say, ‘Gillespie is out of shape.’ There is a huge difference between being tired and being out of shape. I was tired, not out of shape.” [via MMA Junkie]

He continued, “That guy stuck with that pace and added to that pace in the first round. I don’t know if you want to call it – I baited him into that, or I forced him into that pace, but that’s how I do it. I go that hard. Sometimes I don’t have to keep going that hard. Sometimes the guy is not as good on the bottom. He can’t escape, he can’t force me off of him or reverse me, so that’s less tiring.“[via MMA Junkie]

Work needs to be done for Carlos Diego Ferreira!

Ferreira was riding a 6-match win streak coming into the year 2021. He lost narrowly to Beneil Dariush at UFC Fight Night : Overeem Volkov. Now a further loss against Gillespie means that he has slipped to a two-fight skid, and must work on it to prevent it from going further.

With all said and done, Ferreira was beaten fair and square by a resilient Gregor Gillespie, as the latter looks to topple the lightweight division.