America’s Sunisa Lee is a young gymnast who took the sport by storm with her brilliant performance at the 2021 Tokyo Summer Olympics. After a stellar show at the 2019 Stuttgart World Championships, Lee clinched three medals (gold in all-around, silver in team and bronze in uneven bars) in Tokyo.

The 18-year-old is currently dating Jaylin Smith, who is a USC footballer and plays for the Trojans. He is currently pursuing his college education at the University of Southern California and even represented the United States at the Tokyo 2020.

The adorable couple made public their relationship through a publication on Instagram with photos in which they appear hugging each other in matching hoodies. Lee and Smith have also been spotted together at various public places and the duo doesn’t shy away from talking about each other.

Soon after the two athletes made their relationship public in the media, they started receiving a few hate messages apart from many heartfelt and congratulatory comments. Lee and Smith were targeted on social media by a certain segment of people over the angle of their inter-racial relationship.

The teenage gymnast had earlier even claimed that once a car passed by them at high speed, shouting phrases like “ching chong” and “go back to where they came from”, and a person even went on to pepper-sprayed the athlete’s arm. Owing to this online and physical abuse, she had to disable the comments section on her Instagram handle

“I was so mad, but there was nothing I could do or control because they skirted off. I didn’t do anything to them and having the reputation, it’s so hard because I didn’t want to do anything that could get me into trouble. I just let it happen,” Lee had said in one of her interactions with PopSugar. 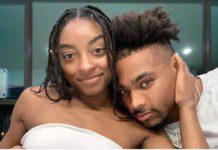 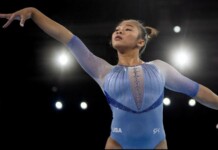 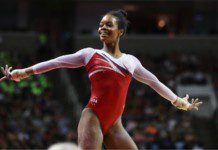