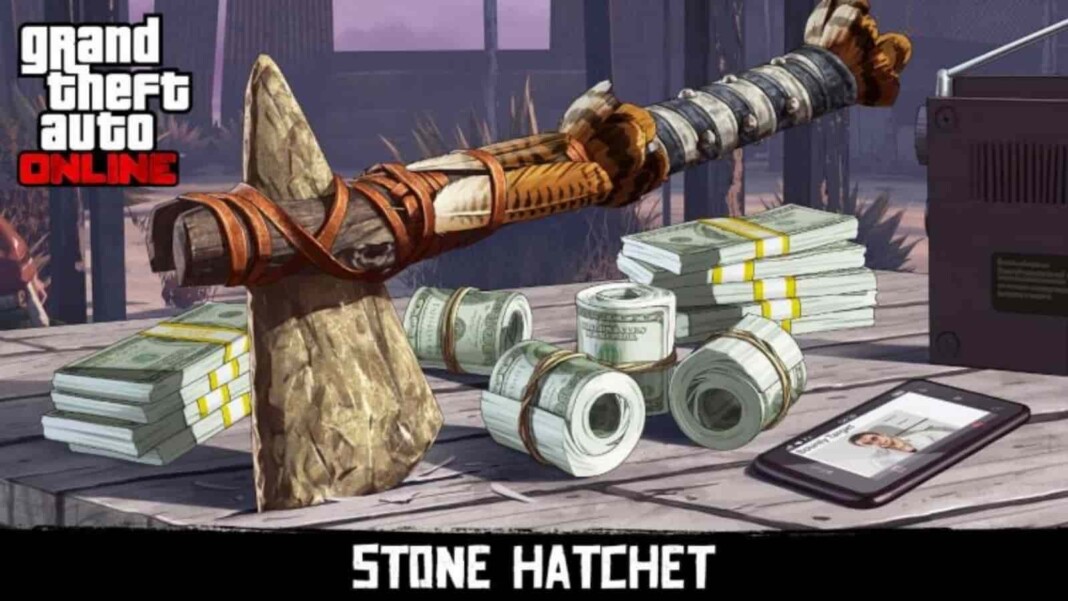 The Stone Hatchet in GTA 5 Online is one of the best melee weapons in the game. It is capable of finishing most enemies in just one hit. It also has a certain special ability. It, however, is not available for players to purchase from an Ammu-Nation outlet or any other online retailer in the world of GTA 5. The method to obtain it is not exactly straightforward and is in fact not even revealed to the players. In this article, we will look at the Stone Hatchet in GTA 5 Online and the steps to obtain it.

How to get the Stone Hatchet in GTA 5

The Stone Hatchet is a very powerful weapon that is also featured in Red Dead Redemption 2, another AAA title from Rockstar Games. It cannot be purchased but it can be obtained by doing a series of missions. These are the Maude Bounty Hunting Missions. In these missions, the player must kill or bring the targets back alive to Maude for a payout.

The player can start these missions by opening up emails from the contact that goes by the name of, ‘Maude‘. The email contains a photo of the target. The last known location of the target is also placed on the map. When inside this location, a zone spawns on the map inside which players must look for the target. As the player nears the target, a wind chimes sound plays. the player, after finding the target, can either kill him to earn $5000 or make him surrender and by intimidating him by firing a shot nearby or even directly on the target’s leg. after surrendering, the target follows the player, who must then bring the target back to Maude to earn $10000.

Maude send you another email soon after one target is killed or delivered alive to her. After completing 5 such missions, Maude thanks you and the player earns a total of $25000-$50000 depending on the status of the targets. After this Maude sends the player a text message with some co-ordinates. the player can then find the Stone Hatchet at these co-ordinates.

After obtaining the Stone Hatchet, the players get the notification that there is a Kill Challenge Active. The players must then kill 25 NPCs or players after which they earn a reward of $250,000. The Stone Hatchet also features a killing spree rampage ability. when 2 players are killed in quick succession, a rage mode similar to that of Trevor’s special ability gets activated. The player at this time deals double damage and also attacks a lot faster. this ability helps complete the Kill Challenge much faster.