Hubert Hurkacz is finding his groove after having made a solid start, winning at the 2021 Delray Beach Open but couldn’t make another final appearance, going out in R16 for 3 consecutive tournaments. He has however found his form and had made his way into the finals of the ATP Miami Open 2021.

The World No. 37 from Poland will be on the hunt for his 3rd ATP title and his first Master’s 1000 title going into the final match at the Miami Open which is scheduled to be played on 4th of April. The 24-year old is a Vegan and answered questions related to his food choices in an interview with the official site of the ATP Tour.

Answering his Vegan diet, the Polish star said, “It was a little bit of recommendation, but also watching programmes about food. I started to feel pretty good, with more energy, so I continued with it. I think when I was a kid, I didn’t like salad at all and I didn’t like most of the veggies. Now I’ve got used to them and they taste good.”

About his food choices before and during the game, Hubert Hurkacz said,
“I’d probably eat something two hours before a match, but it’s tougher when they play best-of-five as you never know when you may start. You can eat snacks, but I eat rice, veggies and tomato sauce before a match. During the match, I eat bananas and dates that give me energy.”

Speaking on his cooking skills, Hurkacz said, “With my cooking skills, it’s pasta, with some veggies, tomato sauce and maybe some nuts. That would be for lunch.” On his choice of food other than Polish he said, “It’s pretty easy to find all sorts of foods, but I do like Indian, Thai food, Pad Thai, which I’ve eaten for a couple of days.”

Answering a tricky question, ‘Which three heroes/celebrities would you invite to dinner and why?’ Hubert struggled a bit, saying, “It would be nice to have dinner with Roger [Federer], Robert Lewandowski, a Polish footballer, and I’m struggling for a third person…!”

Hubert is fan of the city of Shanghai for their food options, “I think Shanghai is very good. They have catering from Austria, it’s really great and you can order whatever you want.”

Hubert Hurkacz is set will be on the hunt for his 3rd ATP title and his first Master’s 1000 title going into the final match at the Miami Open which is scheduled to be played on 4th of April against Jannik Sinner. 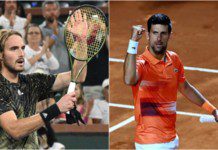 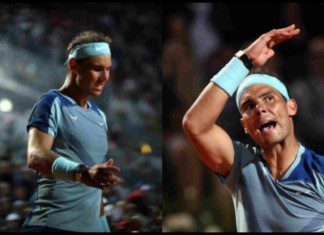 Lakshya Chopra - May 13, 2022
It was hard to watch Rafael Nadal struggle physically on the Roman clay on Thursday against Denis Shapovalov given the fact that he was...