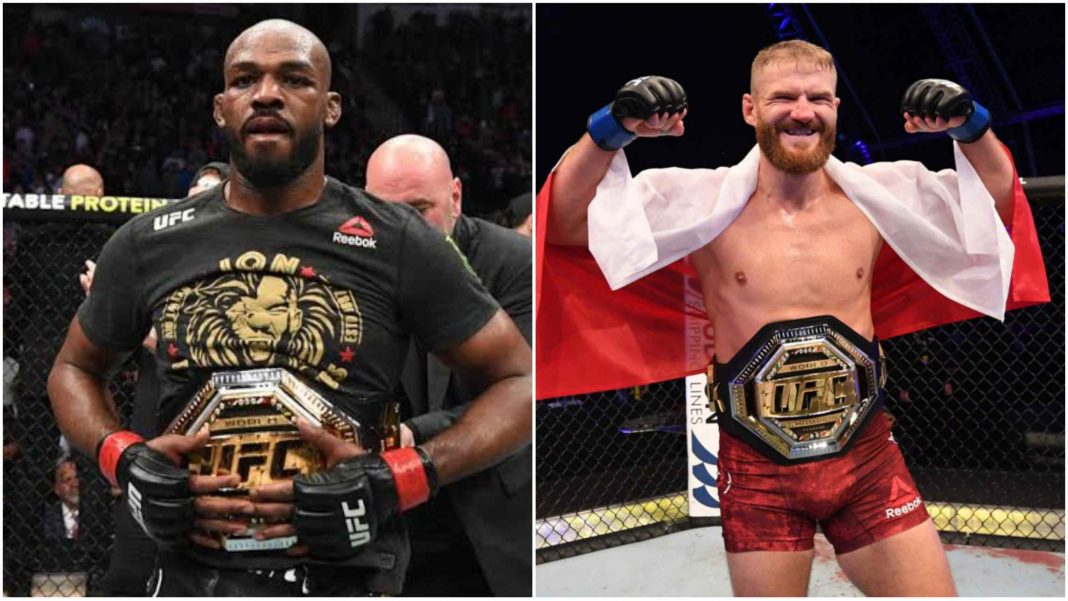 What a year Jan Blachowicz has had. When he took on Corey Anderson, Blachowicz wouldn’t have had a clue that he would be the light heavyweight champion before the year ended. But, then fate had other plans. Jon Jones vacated his light heavyweight title, which saw him move to the heavyweight division;(although, he is yet to make his heavyweight debut) Blachowicz made the best out of this. The Pole took on number 1 light heavyweight contender Dominick Reyes and devastated him with his ‘Polish Power’ in the second round, ultimately winning the title.

Speaking in an interview with Submission Radio, Jan Blachowicz talked about how badly he wanted to face the former light heavyweight champion, Jon Jones.

Speaking about his future in the light heavyweight division, Jan said, “I would like to stay in 205 a little bit longer. But it’s also hard because nobody knows what Jon Jones is doing right now. Even the UFC says that they don’t talk with him about his next fight. So, nobody knows what he’s doing. But, I believe that I will catch him later in heavyweight. I think two more years at 205 and then I will go to heavyweight.”

Jan wasn’t impressed with Jones avoiding him. He said, “He does everything to not fight against me. So what can I do? He promised me this fight after [I beat] Corey Anderson, and after couple of months he went to heavyweight. What the f**k?”

Jan went on saying, “First of all, I have to win against Glover or Israel, and after this fight we can talk about Jon Jones. I don’t care. I believe I catch him in the future somewhere, at 205 or in heavyweight. Or maybe I’ll go to Albuquerque and go to his gym and we do sparring on the mat. But I believe that I have to fight against him somewhere, just for myself.”

Who do you think will win if Jan Blachowicz takes on Jon Jones? Would Jan have an advantage if he steps up to the heavyweight division?

Also Read : ‘I would love the chance to compete against Justin’; Dan Hooker vs Justin Gaethje in the making?