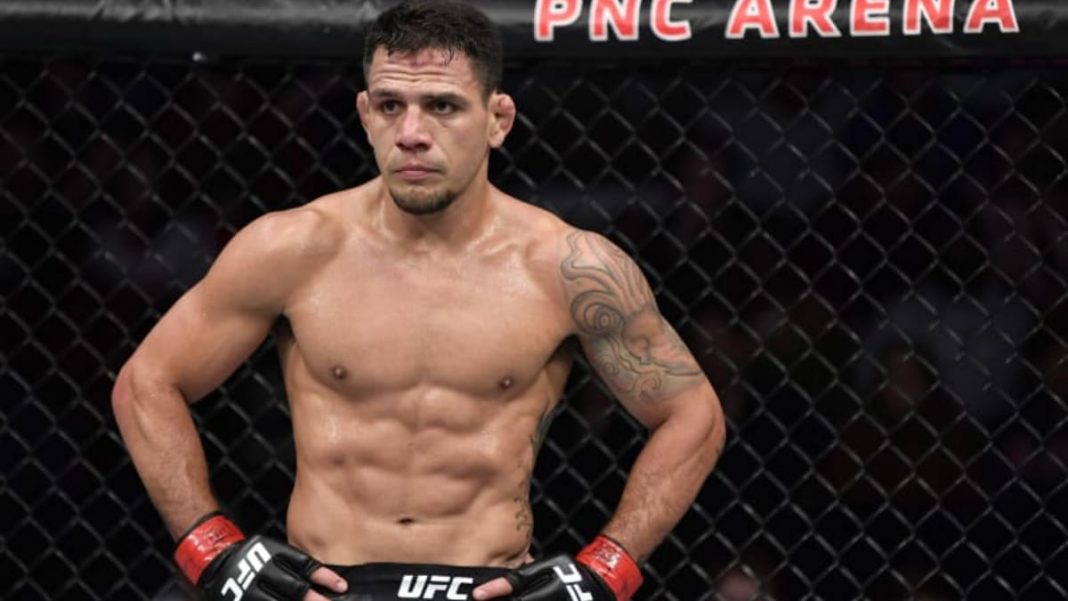 The former lightweight champion, Rafael dos Anjos recently talked about his future in the division in an interview. The Brazilian MMA fighter is known for his viciousness. Rafael has a record of 30-13-0 having fought in both, lightweight and welterweight division. 5 years ago when the Brazilian was the champion of the UFC he was offered a fight with the “Notorious” Conor McGregor.

The epic fight unfortunately wouldn’t come to reality. The Brazilian had to back out from the main event of UFC 196 due to a broken foot. That injury of his led to the historical matchup between, Conor McGregor and Nate Diaz, in which Nate submitted Conor. Ever since Rafael and Conor have never crossed paths.

Conor went on to eventually become the two-weight world champion and dos Anjos moved up the 170 pounds category. He went on to find little success challenging the interim title.

Due to some inconsistencies, the former lightweight champion has decided to come back to his original weight class. Rafael is coming off a win against Paul Felder whom he beat by decision in the 5th round. Conor on the other hand from the defeat to Dustin in the rematch lowers his rank in the game. Five years from the original fixture of Rafael and Conor, now are separated by one rank from each other in the lightweight division. Keeping this in mind, Rafael suggests he and Conor could cross paths.

Especially for my style, my kicks and southpaw stance, my grappling skills, my wrestling skills. But that’s something that passed already. With the results of his last fights, I think our paths can cross again, but there’s so many options right now in that division.”

Rafael says he will fight anybody in the division right now

While talking about his possible matchup with past nemesis Conor, dos Anjos also emphasized that he will fight anyone in the league right now. “I think anybody ahead of me in the rankings would be a good fight,” dos Anjos said. “I see Gaethje, he mentioned my name, Oliveira, all these guys, Chandler, even Tony (Ferguson). He’s coming off two losses, but he’s ahead of me in the rankings and could be a good (fight). Tony was a guy that beat me on the follow-up fight when I lost my title. It could be a good way for me to build up, to re-write my history again, and to have that rematch would be cool too.

“So there’s so many options, but I’m pretty much open to fight all these guys. Gaethje, Oliveira, Tony, Chandler, all these guys (and) Conor.” Could we witness a Conor-Rafael matchup shortly? It’s up to the UFC to make it a reality.