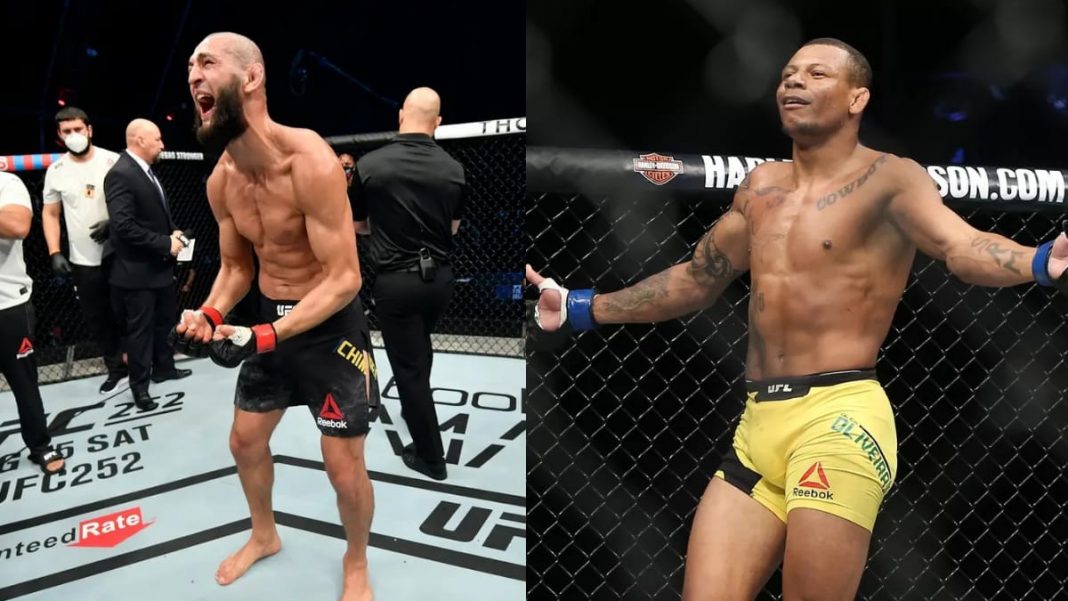 Khamzat Chimaev, the Russian born-Swedish fighter has been on a roll in the UFC, destroying any opponent who has come in his path so far. Recently, he obliterated Gerald Meerschaert, in what was a 17 second first round KO. UFC president Dana White was in awe of Khamzat while speaking of him. He told the reporters that Khamzat Chimaev is someone really special and belongs to an elite group of fighters. Dana also told that plans are being made to have Khamzat fight with a ranked opponent very soon.

Despite Dana’s claims, Khamzat has been struggling to get an opponent, with no one willing to step up. The fighter who has a 9-0 professional record and is 3-0 in the UFC is a hungry man, full of adrenaline. He wants to keep his juggernaut rolling, but of late the ‘Khamzat Juggernaut‘ has hit a momentary pause, as he is finding difficulty in getting an opponent. There were even talks that Stephen ‘Wonderboy‘ Thompson might be his next opponent, but it was put off as ‘Wonderboy‘ told that the fight doesn’t interest him.

With no fighter interested to fight Khamzat, Brazilian fighter ‘Cowboy‘ Oliveira has stepped up to the plate saying he is willing to fight Khamzat. The Brazilian who has a 11-6 record in the UFC sounded confident when he said so.

Speaking to MMA Junkie, Oliveira said, “I’ll take the fight no one else wants. Chimaev, I’m ready for a fight at welterweight right now. I see you picking and choosing opponents. I’m right here.” He also said, “I’m itching to fight Chimaev. If you want to pick and choose opponents, I’ll fight you”.

Well, it looks like this fight might just happen. And a big up to ‘Cowboy’ Alex Oliveira for stepping up!