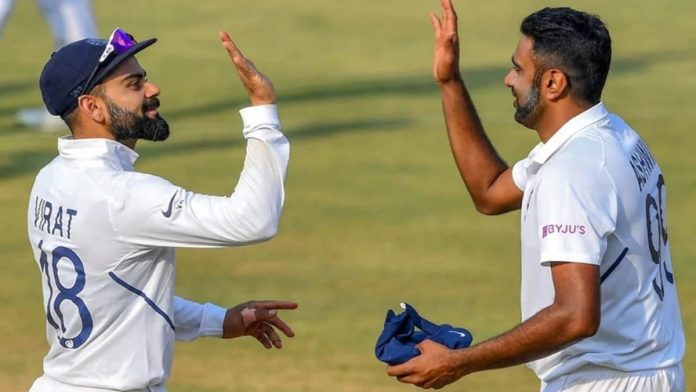 Aakash Chopra tweeted just before England’s innings on Day 4 for India to open the bowling with Ravichandran Ashwin and the former Indian opener’s prediction of the spinner’s threat proved to be correct as opener Rory Burns was removed off the very first ball of the innings. In the process, Ashwin created history by becoming the second-ever spinner and the first in 14 years to take a wicket off the first ball of an innings while bowling spin.

Earlier, India had got to 337 courtesy a terrific unbeaten knock of 85 by local boy Washington Sundar who unfortunately ran out of partners. England then decided to not enforce the follow-on despite having a lead of 241. Ashwin opened the bowling for India and delivered a superb start as he tossed one from around the wicket tempting Rory Burns to move forward to defend. However, since it was the new ball, the ball bounced a bit more and spun away from the batsman, catching the bat and falling to Ajinkya Rahane, the slip fielder.

Aakash Chopra tweeted soon after India’s innings ended stating, “Let’s get Ashwin with the new ball from one end.” Like Chopra wanted, India went with the same ploy and it worked as well with Ashwin removing Burns off the first delivery. The off-spinner then went on to remove Dom Sibley as well before Ishant Sharma picked his 300 wicket in Test cricket by trapping Dan Lawrence in front.

England will fancy their chances of winning the Test match as they are in a position of great strength. Their objective would be to score runs as quickly as possible, set a near-impossible target for India and look to bowl them out with more than one day to spare.

Also Read: India vs England 2021: ‘There are some shots Pant needs to avoid,’ Pujara opens up on Pant’s batting style

Sudip Kundu - June 16, 2021
What is the Best Agent Composition in Valorant? This the first question that comes to your mind after you get in a Valorant game....