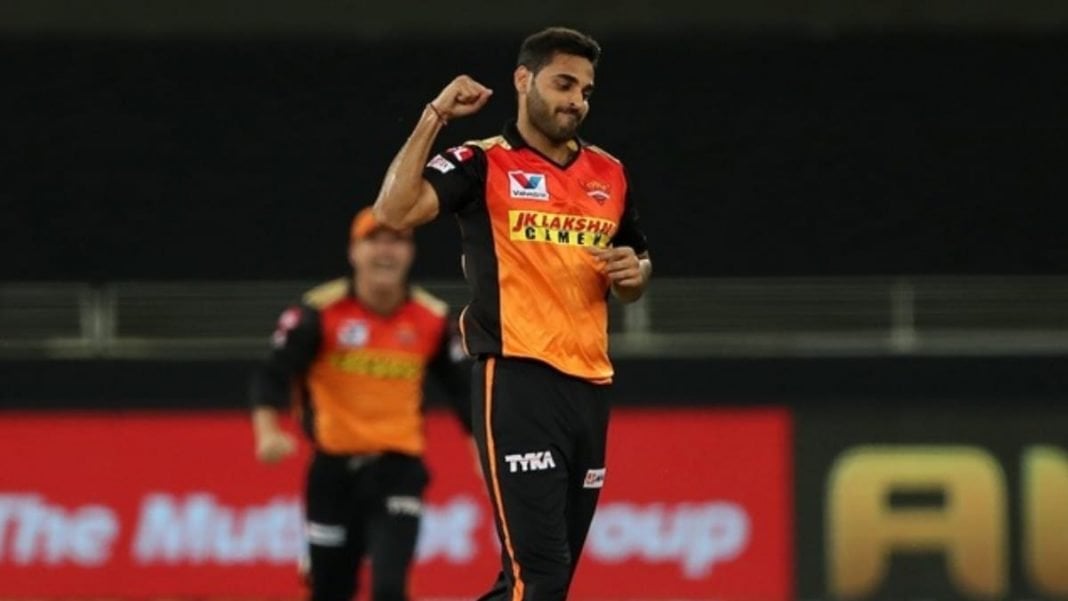 Sunrisers Hyderabad (SRH) pacer Bhuvneshwar Kumar has been ruled out of the Indian Premier League due to a hip injury that he sustained during SRH’s win over Chennai Super Kings on Friday. Team sources confirmed the same today. The sources said, “Bhuvi will not be able to take further part in the IPL due to the hip injury he sustained on Friday. A big blow for sure as he leads the bowling unit and is also an integral part of the leadership group on the ground”. This news will come as a huge blow to SRH as they sorely missed Bhuvneshwar in their loss against Mumbai Indians yesterday.

Immediately following the match when Bhuvneshwar Kumar sustained the injury while bowling the penultimate over of the match, SRH skipper David Warner had said, “I’m not too sure. Have to ask the physios”. In SRH’s next game against Mumbai Indians, Warner had said the pacer might miss a couple more games. But news has come in now, that he will unavailable for the rest of the IPL season.

It is worth noting that SRH had already lost all-rounder Mitchell Marsh due to an injury. He was replaced by West Indian all-rounder Jason Holder. News of Bhuvneshwar’s unavailability has only compounded to their woes.