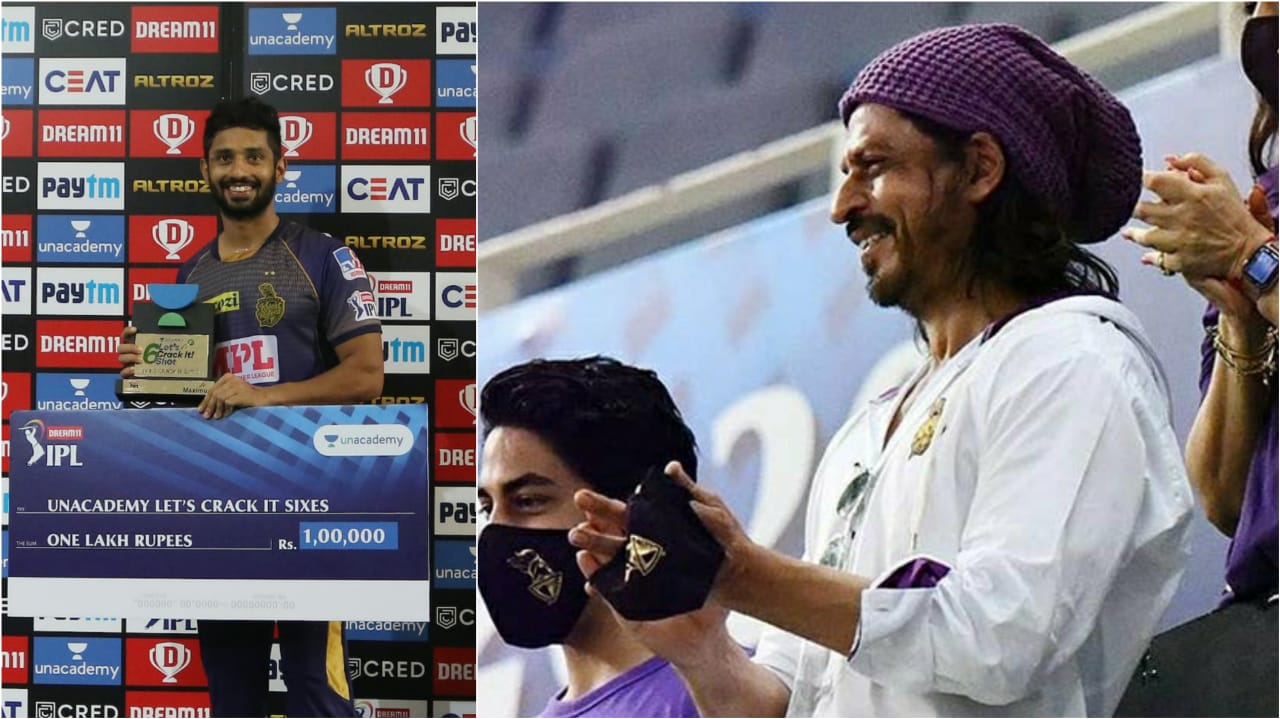 Kolkata Knight Riders (KKR) bowlers managed to choke runs in the second half of the Chennai Super Kings (CSK) chase and won by 10 runs. Rahul Tripathi was a star player of the evening as he played a blistering knock of 81 runs to set up a target of 168 runs for CSK.

Tripathi stayed on the crease till the 17th over, steering KKR to a competitive total of 167 at the end. When Rahul Tripathi walked up to collect his Man of the Match award after his blistering knock of 81 runs, Bollywood actor and KKR owner Shah Rukh Khan shouted his iconic dialogue from the movie ‘Dil Toh Pagal Hai’, “Rahul, naam toh suna hi hoga,” even as Harsha Bhogle and Tripathi himself burst into laughter.

Subsequently, Bollywood’s King Khan took to Twitter to praise Rahul Tripathi. “We were a few runs short, but the bowling made up for it at the end. Well played boys of @KKRiders And have to mention our @ImRTripathi ‘Naam toh suna tha….kaam usse bhi kamaal hai’ Be healthy all of you and rest well. @Bazmccullum will see u soon.”

Earlier KKR batting first allowed Rahul Tripathi to open the innings in place of Sunil Narine along with star batsman Shubman Gill. Tripathi did not disappoint the KKR team management and played a powerful knock of 81 runs off 51 balls even as wickets kept falling on the other end. No other batsman could make a mark in the KKR innings as the second top scorer was Narine and Pat Cummins who both scored 17 runs.

Tripathi got out in the 17th over when the team had already lost 5 wickets. The tail-enders added a few runs for the team as KKR got all out after 167/10 after 10 overs.

Dinesh Karthik-led side has moved to third position in the IPL 2020 points table with six points in five matches. The franchise will face Kings XI Punjab (KXIP) in their next clash on Saturday (October 10).

Also read: “Give him man of the match” Twitter fumes at Kedhar Jadhav for his slow innings against KKR