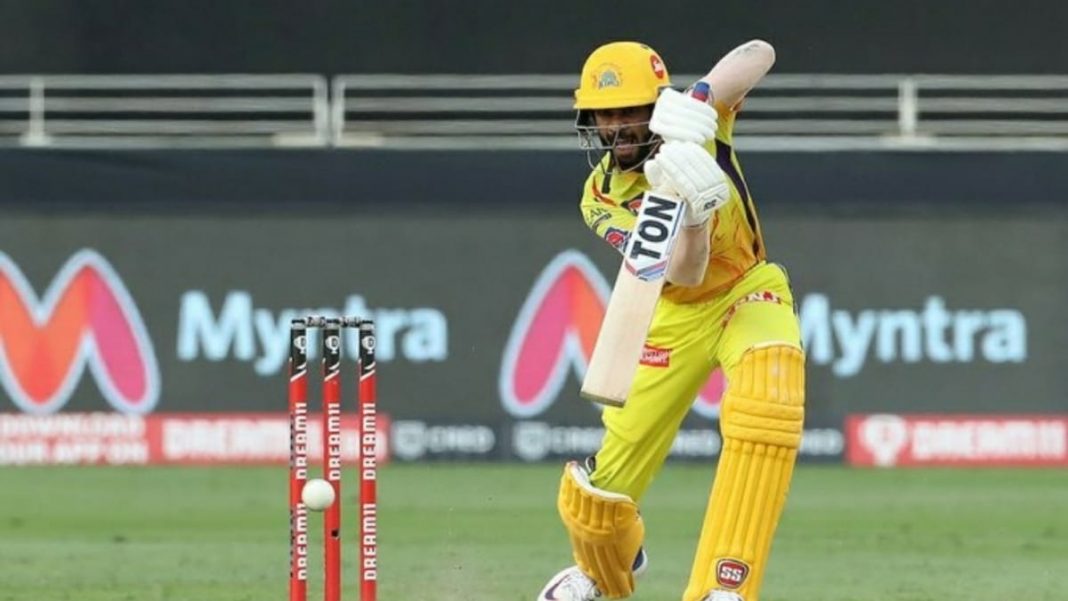 Chennai Super Kings (CSK) defeated Royal Challengers Bangalore (RCB) by 8 wickets to overcome a disastrous 10 wicket loss against MI. Sam Curran and Ruturaj Gaikwad were the match winners for CSK as they chased down RCB’s target with 8 balls to spare.

RCB won the toss and decided to bat first in match No. 44 of Dream11 IPL 2020. The Dubai International Stadium turned out to be a difficult wicket to bat on as RCB batsmen struggled to big runs on board. Even batters like Virat Kohli and AB de Villiers could score with a strike rate just above 100. Devdutt Padikkal and Aaron Finch started took RCB to 31 runs after Finch was dismissed in the fourth over.

Padikkal lost his wicket to Mitchell Santner who was playing his first game in IPL 2020. Virat Kohli and ABD then took responsibility and added a fifty run partnership. ABD was dismissed by Deepak Chahar and very soon after Virat also lost his wicket to Sam Curran. Virat Kohli was the top-scorer for RCB with 50 runs in 43 balls hitting just one six and one four.

The RCB lower-order couldn’t add more runs in the death overs and CSK bowlers tightened the grip. Sam Curran took three wickets for 19 runs while Deepak Chahar took two wickets for 31 runs, as a result of which, RCB managed 145/6 in 20 overs.

CSK batting lineup in the tournament has failed to collect runs even after getting good starts. Shane Watson was rested and Ruturaj Gaikwad was given an opportunity to prove his talent. The youngster didn’t disappoint and played a dazzling knock of 65 runs from 51 balls. He also hit four boundaries and three sixes.

Faf du Plessis made quick 25 runs in 13 balls and got out to Chris Morris. Ambati Rayudu and Gaikwad then made an important partnership and scored runs with ease. CSK’s run-chase was going on in the right direction with 42 runs required in the final 8 overs. But Rayudu was bowled by Yuzvendra Chahal on 39 runs. MS Dhoni then walked in and made sure CSK reach their target with 8 balls to spare. Chahal and Morris were the only wicket-takers for RCB.

Even with this win, CSK remain in the 7th spot in IPL 2020 points table. They have 4 wins and 8 losses in 12 games in the competition. RCB remains in the third spot with 7 wins and 4 losses in 11 games.