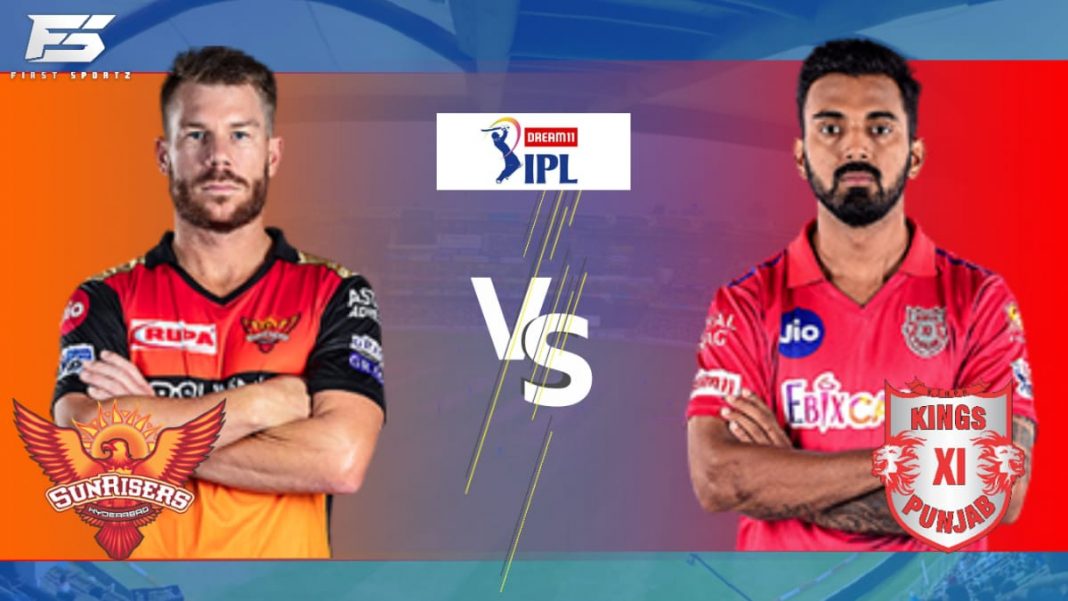 David Warner-led Sunrisers Hyderabad will take on Kings XI Punjab for match 22 of the 13th edition of Indian Premier League (IPL). Both the teams are currently placed in the bottom half of the Points Table. As a result, this game is crucial for both sides to gain two points at this stage of the tournament. The match will kickstart at 7:30 PM (IST) at the Dubai International Cricket Stadium on Thursday.

With four points in five clashes, Sunrisers Hyderabad holds the sixth spot of the Points Table. They lost their last game against Mumbai Indians while chasing a massive target of 209. Sunrisers Hyderabad lead bowler Bhuvneshwar Kumar got ruled out for the remaining tournament due to a hip injury.

Former KKR fast bowler Prithvi Raj Yarra has been announced as his replacement. He is unlikely to get game time as there are several players already waiting for their chance in this tournament.

Kings XI Punjab has been one of the unluckiest sides in this tournament. After two close losses, KL Rahul and co. suffered a thumping defeat against Chennai Super Kings in their previous encounter. With just a solitary win in five matches, KXIP is placed at the last spot in the Points Table.

As a result, the Punjab-based franchise is expected to make a few changes in their lineup. Batting coach Wasim Jaffer hinted at the arrival of Chris Gayle and Mujeeb Ur Rahman, so it would be interesting to see their combination in the upcoming match.