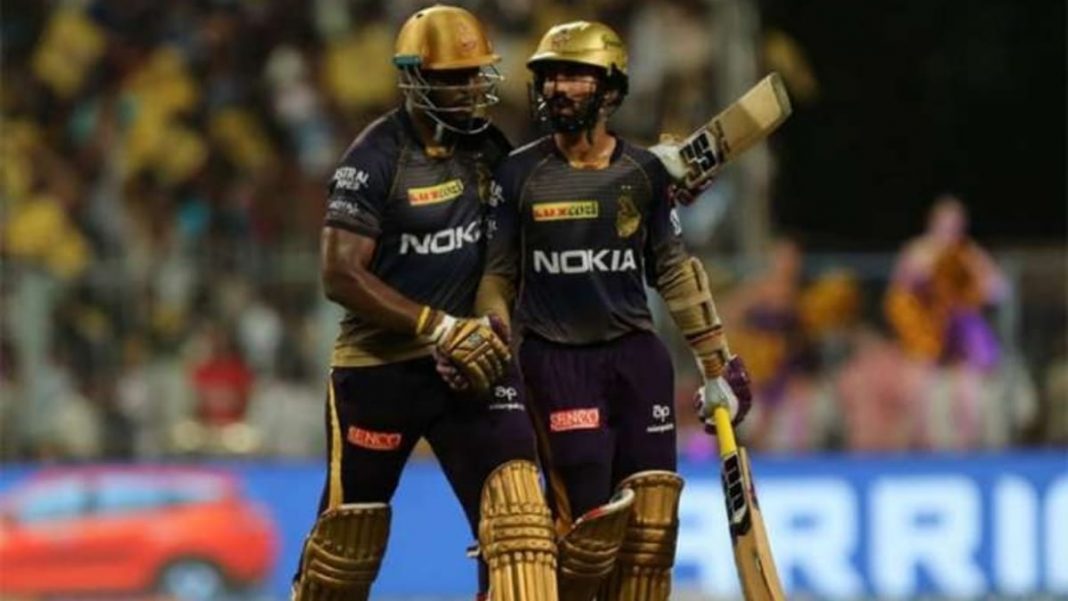 Cometh the hour, cometh Andre Russel. The Kolkata Kinght Riders (KKR) all-rounder has won his team many battles with his explosive batting and accurate bowling, ripping the heart out of opposition team in no time.

Russel can take wind out of opposition’s sails with his strike rate of 204.8, which is the highest in the Indian Premier League (IPL). Although, the extra load of bowling has taken toll on his body and he was seen limping and trudging on the field on multiple occasions in last year’s edition.

At a virtual presser, KKR head coach Brendon McCullum said the decision is upto the captain on how we wants to use Russell.

We know Russell is an extra option for us: McCullum

When asked about the workload of Russell, the coach said, “DK will make that decision out in the field but we know he is an extra option for us. His ability to bowl in crunch situation is something that we identify as a real opportunity for us. But we also have so many other options in our squad and the decision will be taken accordingly when needed.”

The team’s line-up possess devastating batsmen that can score with tremendous speed and stay on the crease if needed be. Apart from Russell, Eoin Morgan, too, can play the role of a finisher this season for the team.

Morgan was asked about his role as a finisher and the English batsman said he is confident of a good show for KKR.

“With the squad that we have, it gives us a huge amount of options with both batting and bowling. There has been so many who have stepped up. I know Andre Russell has played that role for number of years now at Kolkata and he has done it exceptionally well and if I get a go, I think I will be able to aid that,” he said.

Kolkata’s last year performance was largely attributed to team’s captain poor selection of players and that he decided to play Shubhman Gill in the middle-order. Come KKR’s first game of the IPL, Gill could be seen opening the innings with Sunil Narine.

“I think I really like him, his non complicated batting side with Sunil Narine make things easy for us. Shubhman is a quality player with a lot of expectation from around the world and we are confident he will exceed all expectations. It’s a very unique opening pair,” the captain, Dinesh Karthik, said.