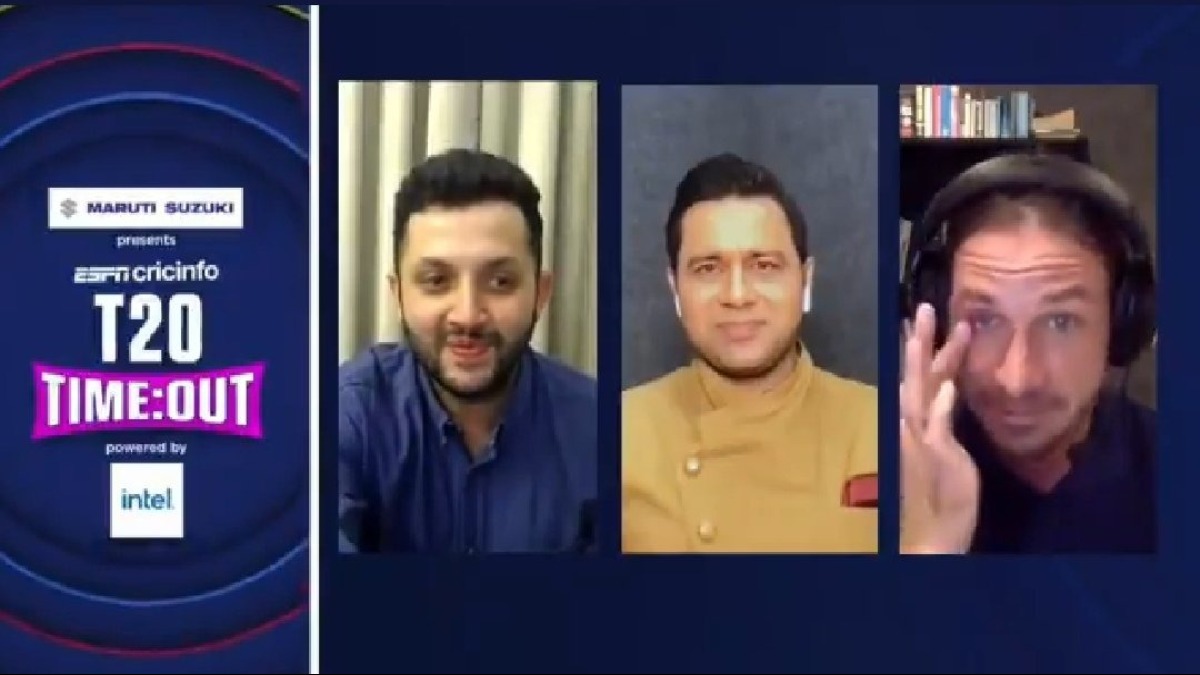 Screengrab from the ESPNcricinfo show

Kolkata Knight Riders’ (KKR) pacer Shivam Mavi is one of the most promising fast bowlers in India and the youngster has already proved his credentials at the highest stage. After his impressive performance in the Indian Premier League (IPL) in UAE last year, Mavi was not the preferred choice this year as Prasidh Krishna and Kamlesh Nagarkoti were preferred over him, as was Harbhajan Singh as an extra spinning option.

He was then picked from the side’s fourth game onwards and in the fifth game, Mavi delivered with an excellent opening spell. Hitting excellent lines and lengths on a consistent basis, the 22-year-old ensured that the Punjab Kings (PBKS) never got going in the Powerplay. He then took the all-important wicket of the dangerous Chris Gayle to finish with excellent figures of 1/13 in four overs.

On ESPNcricinfo‘s Time Out Live show, Dale Steyn and Aakash Chopra were the experts who were reviewing the match between KKR and PBKS. On being asked to pick the most impactful performance of the day, Steyn picked Shivam Mavi. ESPNcricinfo then decided to play a clip from Mavi’s interview with them where he had stated that Dale Steyn was his idol in fast bowling, growing up.

On hearing the same, Steyn got teary-eyed and said, “It’s pretty amazing. Almost like he brings a tear to my eyes to be honest with you, I am not going to lie. I never expected to play this game and have an impact on people that live at opposite ends of the world. I still play, which is still great, I still love playing. But, that’s amazing. I hope that he (Mavi) can push on and these kinds of performances will get him into teams that he wants to play for, India, and also play a bigger part for Kolkata. I would love to get in touch with him at some point, that would be a dream come true for me too.”

KKR’s next match is against Delhi Capitals on the 29th of April.