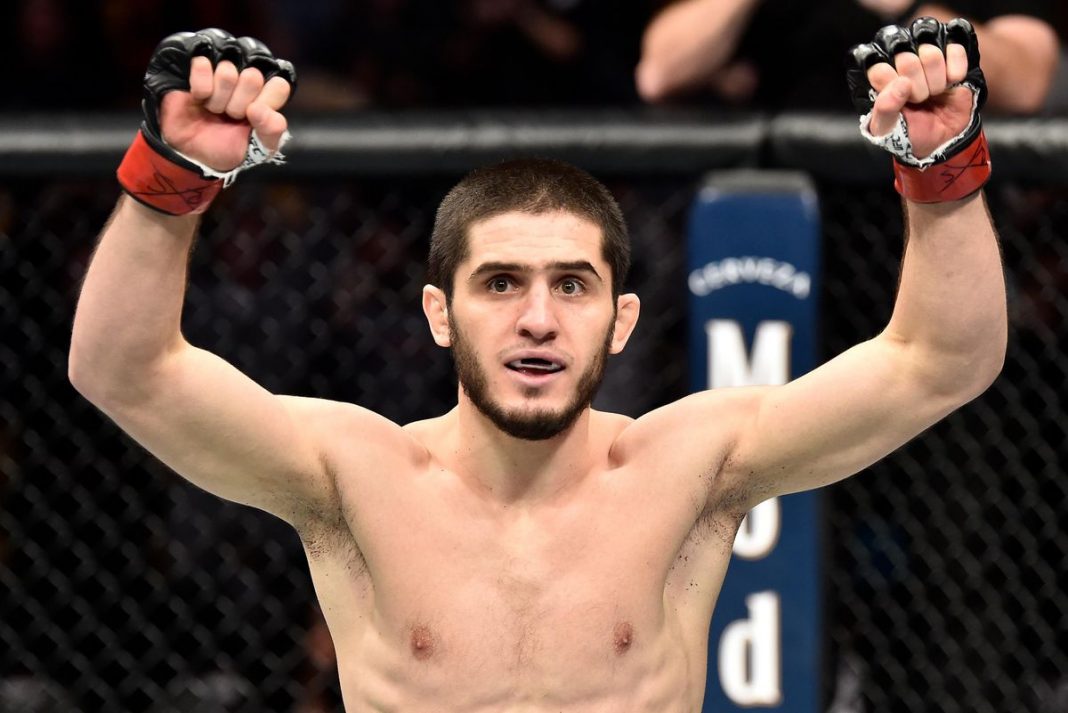 Islam Makachev returns to the octagon after 18 months, since his last fight. He will be taking on Drew Dober in the main card of UFC 259. The Dagestani has just one loss to his name, and has an impressive record of 7 wins and just one loss in the UFC. Like his training partner, Khabib Nurmagomedov he sure is a tough nut to crack.

Cormier tweeted, “I believe this man is gonna be the @ufc champion. He is fantastic in every area of mixed martial arts. From day 1 in AKA he could strike with anyone, wrestle anyone and grapple ANY1. I am so excited to call another one of his fights this weekend. Let’s go champ! @islam_makhachev“

Speaking to Marc Raimondi of ESPN, Cormier also compared Makachev to Khabib Nurmagomedov. He said, “You could see that this kid was kind of like Khabib, with a little tighter stand-up. Today, Khabib will tell you he’ll stand and strike with whoever he wants to…Islam seemed a little more ready to go.”

According to Khabib Nurmagomedov’s coach Javier Mendez, Islam Makachev is the only man to win a round against Khabib Nurmagomedov (during their training sessions). Makachev is currently on a 6 match win streak. His last and only defeat in his career came against Adriano Martins at UFC 192, back in October 2015. Since then he has thoroughly outclassed all the opponents he has faced. He will be looking forward to continuing the same, come the 6th of March.

Do you agree with Daniel Cormier’s comments?