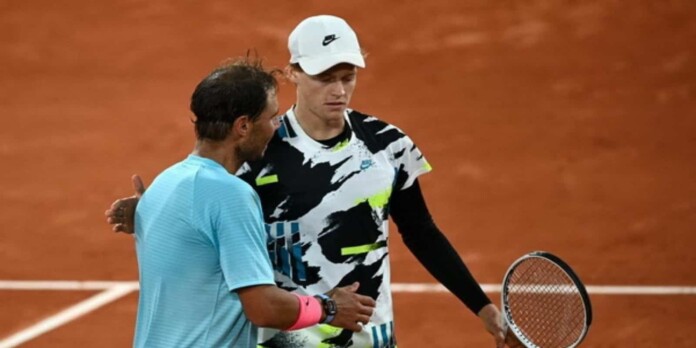 Jannik Sinner is projected as the future of Men’s tennis. The Italian is just 19-years old and has shown glimpses of a potential grand slam champion. He has some serious groundstrokes and a solid defensive game.

Especially on Clay, he has shown that he could be the next successor to Rafael Nadal. Sinner got the chance to share a bubble in Adelaide with Nadal and he also practiced with him ahead of the Australian Open this year.

Sinner has been in amazing form this season too. He has punched above his weight so far and reached the final of the Miami Open last month. He also reached the semi-final of the Barcelona Open a week back.

‘He is a hard worker’: Sinner on Nadal

In an interview with Marca ahead of the Madrid Masters, Sinner shared his experience on practicing with Nadal ahead of the Australian Open.

He said: “You learn a lot from someone who has won 20 ‘Grand Slam’. What I would highlight the most about him is how kind he was to me and that he is a hard worker. Both Rafa and the rest of his team are normal people, when you have to have fun they have a good time and in training, because they have to work.”

Next up, Sinner will play at Madrid. He is seeded 14th in the tournament and will face Guido Pella in the first round on Monday. He could potentially face Rafa Nadal in the Round of 16.

Also read: ‘I could have done few more unpredictable things,’ Tsitsipas on his loss to Nadal at Barcelona Final