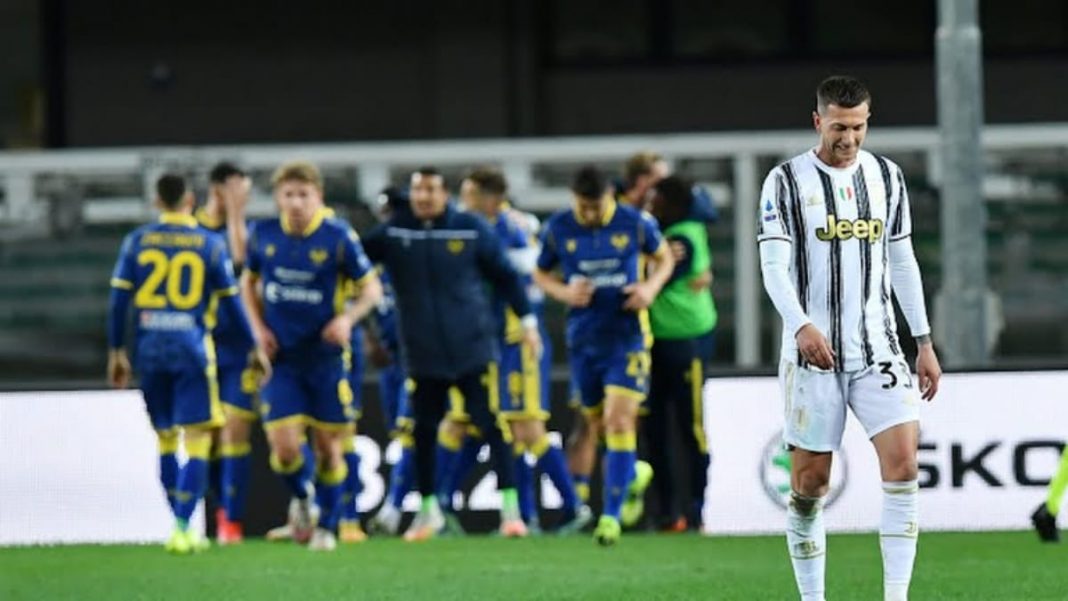 Juventus drew 1-1 against Verona and slipped 7 points behind Serie A leaders Inter Milan. Cristiano Ronaldo scored his 19th goal of the campaign but was unable to guide them to victory.

The draw gives leaders Inter Milan the chance to pull 10 points clear of Juventus when they play Genoa on Sunday. Juventus were without some key players in Juan Cuadrado, Morata, Arthur and Paulo Dybala but had enough in the tank to force a win against Verona.

Verona manager, Ivan Duric suggested his side should have won the game

Ronaldo fired Juventus into the lead in the 49th minute when he tucked in Cheisa’s cut-back at the far post. However, Juventus’ poor away form continued as Antonin Barak leveled for Verona in the 77th minute.

Verona were wasteful in front of goal and could have scored more if not for Szczesny’s heroics in the Juve goal. Verona bosslamented about the draw and claimed his team should have won all 3 points against Juventus.

“Generally yes, but the way the game was no. We wasted a great chance to win against a great one. In the last 15 minutes we have had some sensational balls, my feeling is that we could do something more.”

“We didn’t feel like we could concede a goal in the first half and for five minutes we didn’t do well. Then we raised the level again and in the last 15 minutes we did very well.”

Andre Pirlo blamed the lack of leadership in games like these. Juventus have had an indifferent start to the season and the absence of a proper creative midfielder shows in these technical games.

“I asked Cristiano and Alex Sandro to speak to them and help them understand, but unfortunately it wasn’t enough, said Pirlo in his post-match comments.

“It’s a shame to leave two points behind, because the hardest thing is going in front and we should have taken advantage of this chance.”