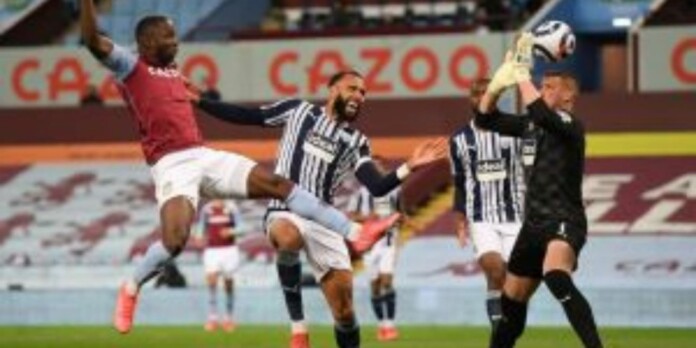 West Bromwich Albion were dissappointed last night after the game against Aston Villa. The team had the victory almost in their hands until Keinan Davies showed up in the Baggies half. In the dying embers of the game, Keinan Davies snatched the ball from the defender who waited to clear the ball.

Starting the game on a high tempo, Aston Villa were awarded a penalty as early in the ninth minute to break the deadlock. Anwar El Ghazi found the goal from the spot after he sent Sam Johnstone in the wrong way. However, Baggies were not ready to settle quickly and sent waves of attack. Ezri Konsa of Aston Villa made a mistake by tripping Ainsley Maitland Niles in the box, leading to the penalty. Matheus Pereira converted it from the spot to make the score 1-1. The scores remained 1-1 going to the break.

Two minutes into the second half, West Brom scored the second and Baggies kept the lead intact. However, the team failed to hold on to a one-goal lead in the final minutes of the game. The ball awkwardly bounced infront of Kyle Bartley and Johnstone and both were dithered by it. Keinan Davies stormed into the opposition box and scored the goal for Villa.

What Dean Smith had to say on Keinan Davies goal?