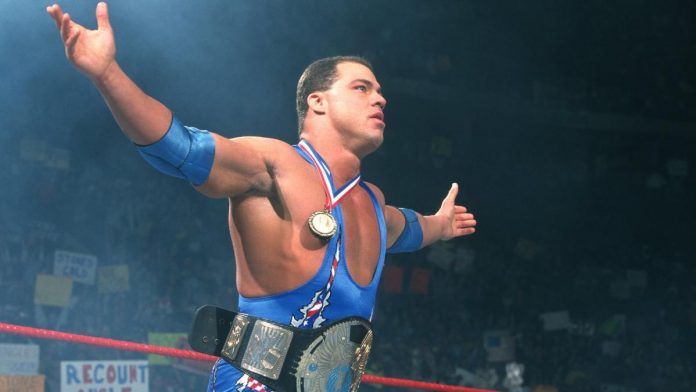 In a Facebook Q&A, Angle named Styles and Omega as two of his favorite wrestlers in the business currently. He also revealed what makes them stand out from the rest of the lot.

Kurt Angle is a former WWE Superstar and Hall of Famer. He had a remarkable 23-year career from 1996 to 2019. During his time as a professional wrestler, Angle won numerous titles across several promotions.

Angle answered a question on a Q&A he recently hosted on his page. One fan asked him a question regarding who the best wrestler is right now, to which Kurt Angle gave two names — AJ Styles and Kenny Omega. He commented about how both wrestlers make their opponents look incredible and that they are both spectacular workers.

Both Omega and Styles are veterans of the wrestling business. AJ Styles is currently a part of WWE on RAW and is one of the best acts on the show. On the other hand, Kenny Omega is presently working in AEW, where he is the AEW World Champion.

Kurt Angle spent 12 years with WWE. His first stint with the company was from 1998 to 2006. He left the company before returning in 2017 when he was inducted into the Hall of Fame.

During his second stint, Angle mostly served as the General Manager on RAW.