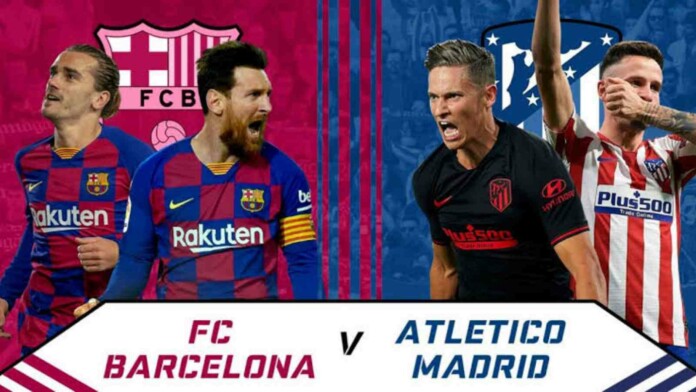 The La Liga title race in Spain is currently on a knife edge as all the 4 top ranked teams have a chance of winning the title this year. Atletico Madrid, Real Madrid , Barcelona and Sevilla all play each other this weekend and the title race will boil down to the wire.

The Catalonian side are currently 3rd in the La Liga table and need to win all of their remaining matches. Barcelona are also trailing both Real and their rivals on Saturday Atletico in the head-to-head record which is the deciding factor in La Liga if more than one team remains stranded on the same number of points.

Barcelona came up with a 3-2 win against Valencia last weekend and will look to build on this run against current league leaders Atletico. Barcelona will be once again have to do without the services of Ronald Koeman. The Barcelona coach will be absent from the bench because of his 2 match suspension.

Atletico Madrid seem to have found their winning form in La Liga after enduring a difficult spell in the last month. Atletico are on a 5 match unbeaten run and have already defeated Barcelona in the first half of the season.

Diego Simeone’s side are currently 2 points ahead of Real Madrid at the top of the league and a win in this fixture will surely tilt the scales in their favour. A draw would not be as productive for the Madrid side as Real Madrid will then have an opportunity of regaining first spot in the table.

A fiery contest is expected as both teams will look to go for the win which would put them in pole position to win La Liga this season. We expect plenty of goal-mouth action and both teams have plenty of attacking fire power in them.

Luis Suarez will have a point to prove against his old club FC Barcelona. 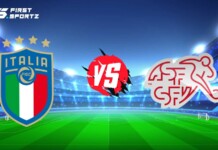 Arunangsu Singh - June 16, 2021
Portugal launched their title defense in style in their opening game of the group stages of Euro 2020 as the defending European Champions claimed...