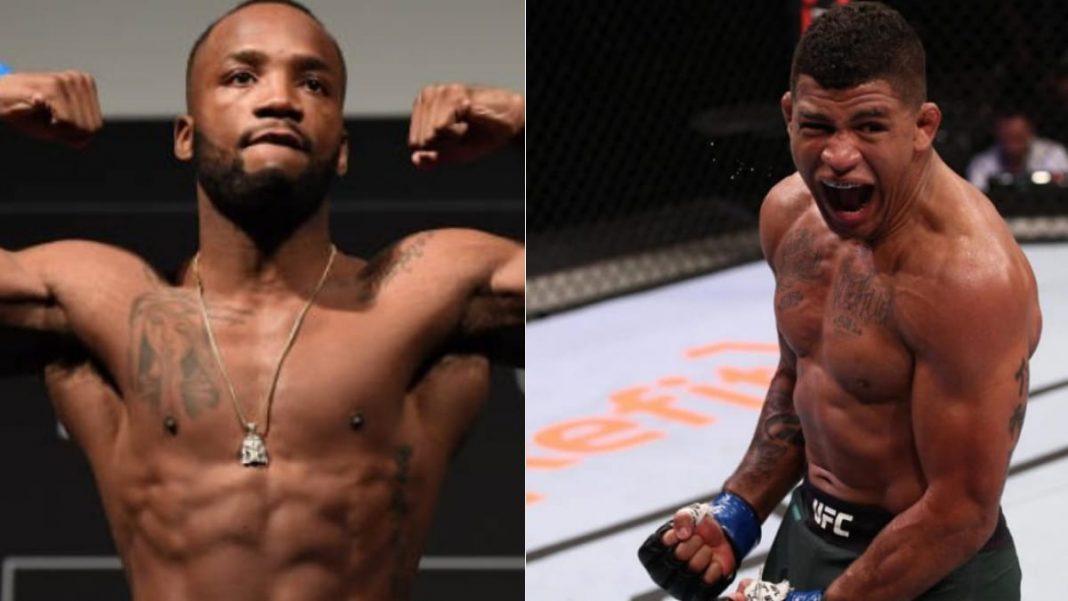 UFC 256 main event Kamaru Usman vs Gilbert Burns, has been called off after Usman said he still needs some time to recover from an undisclosed injury. After this a lot of people were suggesting Burns to face other fighters on 12th December.

Burns and his manager Ali Abdelaziz also get engaged in a battle of words with Ariel Helwani after he suggested Burns to fight any other fighter at UFC 256. Burns said, “I am already the number one contender and I don’t have to prove it again, I only want the title shot”.

Leon Edward took this opportunity and called out Burns to face him at UFC 256. He said, “ December 12th title fight has been postponed. #UFC 256 needs a main event! Gilbert Burns you little tree stump, you have nowhere to run now! Let’s see who the Real number one contender is!” and he tagged Dana White and UFC in this tweet.

Burns has already shown his intention that he doesn’t want to fight anyone rather than Kamaru Usman. Let’s see how he would respond to this.

When the news broke in that UFC is almost getting Khamzat Chimaev vs Stephen Wonderboy Thompson fixed, people were very excited for this fight. But Wonderboy cleared that he won’t fight Khamzat he said, “I’m ranked number 5 I won’t fight any unranked fighter”.

Wonderboy also said he is ready to fight Leon Edwards. But Edwards said “I’m not interested in Wonderboy fight” and when he was asked about facing Khamzat he said, “Tell Khamzat Chimaev to beat someone in the top f**ing 25 first”.

After this Edwards has shown his intention by calling our Gilbert Burns that he wants the title shot as soon as possible, he isn’t interested in these patty fights.

Also Read: Jon Jones started the Twitter war with Adesanya again said “I want to face him in the next six months”