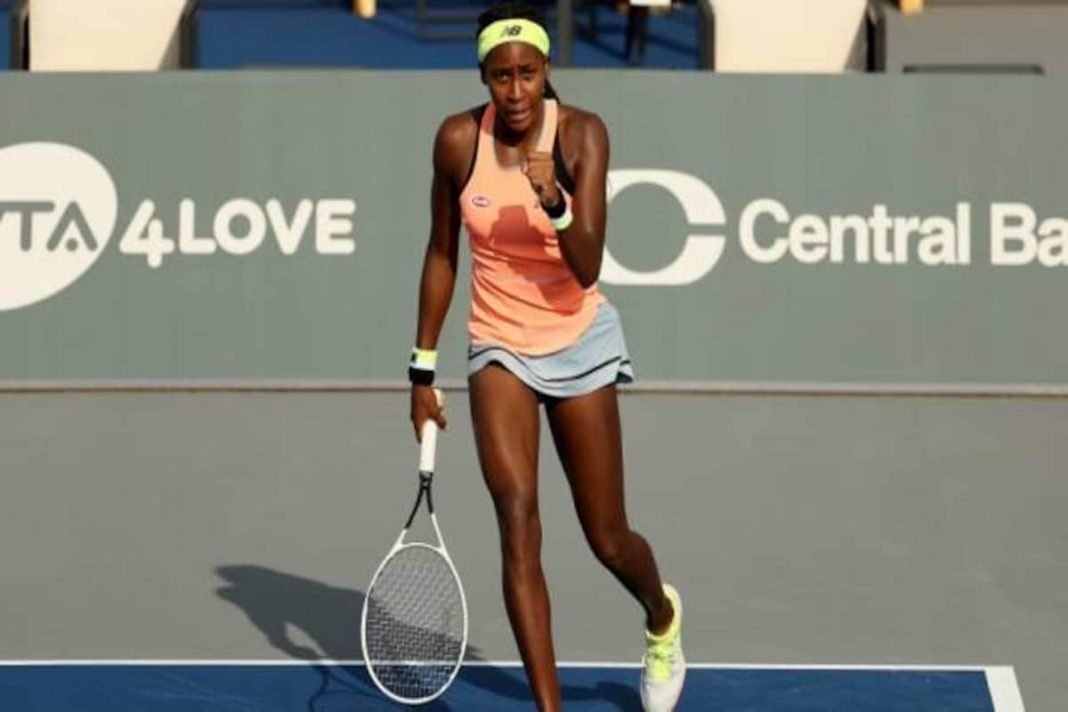 American teenager Coco Gauff pulled off a major upset as she stunned No.2 seed Aryna Sabalenka, 7-6(4), 2-6, 6-4 to reach the quarterfinals at the inaugural WTA Lexington: Top Seed Open on Wednesday.

Gauff notched her second Top 20 win of the season over Sabalenka after two hours and 48 minutes on Center Court.

“I think my mentality pushed me to win,” she said after the match. “We’re both playing good tennis, and had our ups and downs in the match. At the end of the day, it came down to a couple close points.”

“It’s pretty much impossible to play your best tennis for all three hours of a match. Keeping the level high throughout was pretty tough, but that’s just tennis, playing in different conditions, and just starting back on tour.

It was also the 16-year old American prodigy’s first WTA quarterfinal of the year. “I’m not too upset with how I played; I’m most proud of how I handled myself, staying composed on the pressure points.”

Sabalenka had the better start to the match breaking Gauff in the first game, but the American came back strong to lead 5-2. The Belarusian though was not fazed as she forced the set into a tiebreaker but Gauff keep her nerve and captured the first set.

The second set was lopsided as Sabalenka closed it 6-2. The final set saw multiple breaks but momentum favoured Gauff as she closed out the marathon match.

“Everything was an ‘A’ except for my serving. I definitely served better in my first match than today, but you’re going to have good and bad days, and I like to go for my serves, so that’s the give and take.

“I think my serve today was more mental than technical. Towards the end of the match, I started serving better, and I may have been overthinking at some points.”

“I can always improve, and I always believe I can improve, but this was also only the second match. I thought I would be much more nervous coming into my matches, but I actually wasn’t, and I just have this mentality to have fun and enjoy the competition.

“That’s what I’ve been doing, and I would say it’s better than I thought it would be, especially because last week, my practices weren’t so good. This is definitely a big improvement from then.”

Gauff will face off against rising Tunisian star Ons Jabeur for a spot in the semifinals. Jabeur had earlier defeated World No 35 Olga Govortsova in three sets on Wednesday.

Also Read: Williams Sister face off in Round 2 at Top Seed Open