The annual sporting extravaganza of India, the Indian Premier League (IPL) is undoubtedly the most popular league in the world. The tournament features players from around the world, both young and experienced, competing against the best in the business to be crowned the champion of Indian T20 cricket.

The tournament is characterized by the batsmen taking apart the bowling line-ups. Big shots and the bowlers getting smashed around the park have been the hallmark of the tournament, as it is with T20 cricket in general. And so half centuries are a regular feature in the format given the fast-forward nature of it.

On that note, we take a look at the fastest half-centuries in the tournament’s history.

List of batsmen with the fastest half-century in IPL history

Chris Gayle‘s knock for Royal Challengers Bangalore (RCB) against the now-defunct Pune Warriors India (PWI) stands till date as arguably the greatest knock played in T20 cricket history. Put in to bat first at the Chinnaswamy Stadium, the Jamaican hit sixes at will and batted like he could do no wrong.

He reached his 100 in just 30 balls and ended on 175* in 66 balls as RCB notched up 263 runs. En-route the humongous knock, Gayle breached the fifty-run mark in just 17 balls. In reply, PWI could manage only 133 runs as Steve Smith waged a lone battle.

Mr. IPL Suresh Raina once again stepped up for the Chennai Super Kings in the time of need. In the second qualifier of IPL 2014, Kings XI Punjab, now rechristened as Punjab Kings put up a daunting total of 226 for the Super Kings riding on a ton by Virender Sehwag. A poor start saw CSK fall behind in the chase from the get go.

But Raina is not someone to give up without a fight. The southpaw went all out on the opposition as he smashed a 16 ball half-century, the second-fastest back then. Raina went on to play a blistering knock of 87 off just 25 balls as CSK fell 24 runs short of the target.

In his very first season as an opener, Sunil Narine impressed one and all with his great striking ability. The decision of promoting Narine up the order proved to be very handy for the Kolkata Knight Riders until lately. The game against RCB witnessed the Caribbean spinner at his best with the bat.

Narine took apart the RCB bowling attack, especially his national team mate Samuel Badree as he rushed to fifty off just 17 balls. But his knoc didn’t last long as he fell the next ball. Thanks to a brisk start from him, KKR comfortably wo the game with 29 balls to spare.

Former India all-rounder Yusuf Pathan is known for his abilities to muster sixes at will. Pathan rose to the occasion for KKR in IPL 2014 against Sunrisers Hyderabad at the Eden Gardens. The big and burly all-rounder wreaked havoc on the SRH bowling line-up as KKR chased down the target of 161 with 34 balls to spare.

Pathan played a whirlwind knock of 72 off just 22 balls to take his side home singlehandedly. The Baroda all-rounder smashed a 15 ball fifty in the process to hold the record of the fastest fifty in the league until 2018.

The second game of IPL 2018 between KXIP, now rechristened as Punjab Kings, and Delhi Daredevils, now renamed as Delhi Capitals, saw KL Rahul smash the fastest fifty in IPL. Chasing a modest total of 166, Rahul unleashed hell on the Daredevils from the get go. He struck at a strikerate of over 300 to take apart the new ball attack.

The Karnataka opener got to his fifty off just 14 balls but couldn’t prolong his innings as he succumbed at 51. Nevertheless, his early blitzkrieg helped KXIP chase down the total with six wickets in hand.

Also Read | Most dot balls in IPL history: List of top 5 bowlers who have bowled the most number of dots in IPL 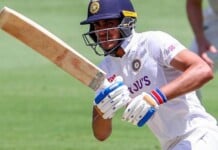 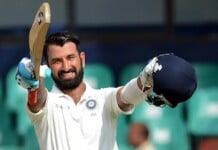