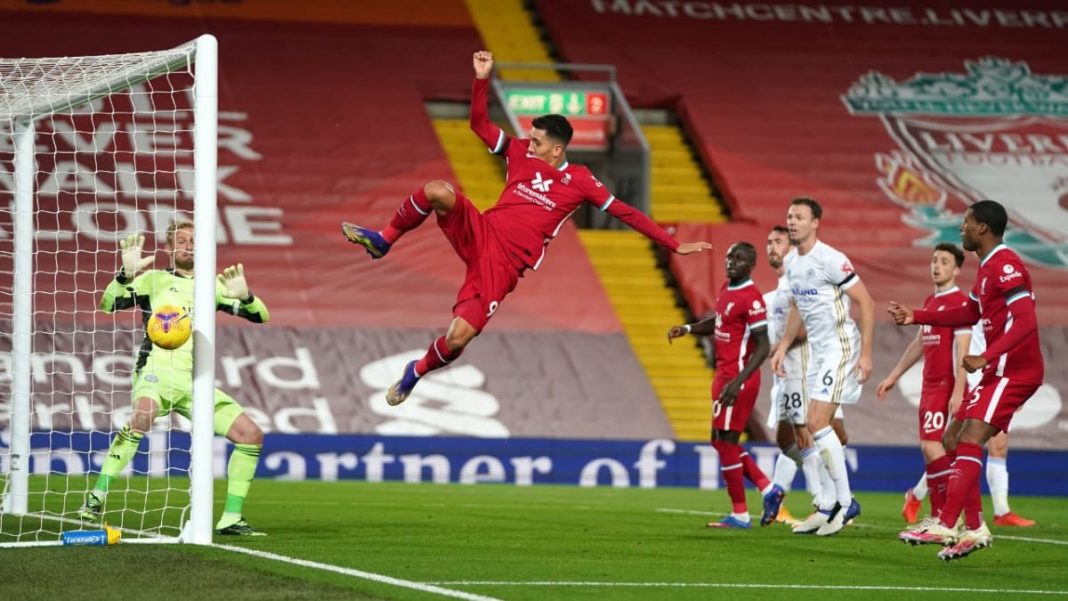 Back in March 13, 2019 when Liverpool were playing Bayern Munich in Munich. A commentator said about Liverpool “they just don’t know when they are beaten by anyone. Fazed by nothing, intimidated by no one”. We can say that those two lines simply embody what Liverpool is under Jurgen Klopp.

There was no Virgil Van Dijk, no Mohamed Salah, no Jordan Henderson, no Thiago Alcantara, no Trent Alexander-Arnold, no Joe Gomez. That would mean that three of Liverpool’s four first choice defenders were absent. Two of Liverpool’s first choice midfielders were absent and one forward missed the match. Liverpool weren’t playing a mid-table or bottom table team. They were playing Leicester, which finished last week in first place.

Leicester had Jamie Vardy, Youri Tielemans and James Maddison in fine form going into this match. Liverpool had a makeshift defence in play for this match. Yet, one team crumbled while the other team showed why they are worthy champions. Liverpool put Leicester to the sword as they won 3-0 against the foxes.

With everyone writing off Liverpool due to their injury crisis and Leicester playing attacking football, it was Liverpool who proved everything wrong. Jamie Vardy was quiet throughout the match as Joel Matip marked him brilliantly. Fabinho in his return from injury played like he was never injured. Andy Robertson had played over 217 minutes for Scotland in the international break and came here to give a man of the match performance.

James Milner was captain today and he played like he was 22 year old. Curtis Jones showed immense maturity as he keeps repaying Jurgen Klopp’s faith in him. His pass to Andy Robertson which set up Diogo Jota’s goal is a thing of beauty. Naby Keita and Georginio Wijnaldum played their parts brilliantly thought the former was unlucky with another injury.

The front three pulled their weight as workhorse Sadio Mane had a superb workrate. Diogo Jota is making people run out of words to praise him as his vision was unparalleled today. The run he made to meet Andy Robertson’s beautiful cross is something only the best of the best can do. Jonny Evans scored a bizarre own goal, almost like he wanted to score one as Liverpool took the lead. Jota scored the second in the 41st minute while Firmino scored in the 86th minute.

Praise must be reserved for the Brazilian forward for Liverpool. He toiled throughout the match having played for Brazil in another continent just days ago. Firmino had the highest work rate of all the players on the pitch. He played his natural football as the link between the midfield and the forwards. He had bad luck throughout the match as all his efforts didn’t result in a goal. Firmino had a shot saved off the line and he had a shot hit the side bar. He truly was the most unlucky person on the pitch, until James Milner swung in a superb cross. Roberto Firmino met it with a superb header and scored past Kasper Schmeichel.

He finally got what he deserved, though he deserved a hat-trick today for his efforts. Nevertheless, everyone knew how much the goal meant to him as he was swarmed by all his teammates barring Alisson. To show that amount of unity is why Liverpool are the defending champions. The whole team celebrated when Diogo Jota got his first goal and now they celebrated for Roberto Firmino. Jurgen Klopp has united a whole team of different players and made them one huge family. He requested the players to fight for the ones injured and they did the very same.

Like Neil Jones said “if this is a Liverpool team going through an injury crisis, the rest of the league must be very very afraid”

Also read: FC Goa comes from behind to share points with Bengaluru FC