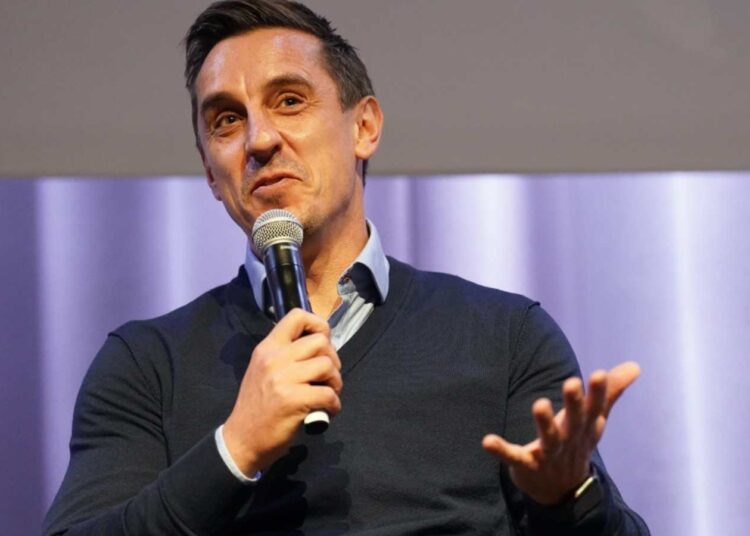 Many would not likely point to their center-back situation if you asked 100 Manchester United fans about their team’s weak spots. With World Cup-winning defenders Raphael Varane and recruit Lisandro Martinez, the Red Devils have been solid in that area. Their skipper Harry Maguire has come under fire sometimes, but he is still a reliable defender, as is Victor Lindelof.

Three of these four defenders could be inaccessible during the holiday season for Manchester United. Former Manchester United right-back Gary Neville has declared that this presents a “big problem” for manager Erik ten Hag. The Qatar World Cup being held in the middle of the league season was always likely to create issues, and it appears to be so for United.

Ten Hag has revealed that Varane and Martinez will likely be out of action until the new year due to their participation in the World Cup. United’s defensive midfielder Casemiro to fill the void at center-back alongside Lindelof. This is because the two played in the World Cup final, which may have taken a toll on them and meant they needed extra time to get back into the swing of Premier League action.

“They look like they’ve got a big problem at center back. Martínez looks like he’s going to be at least a couple of weeks, Varane obviously he was injured and you don’t know when he’s going to come back, and if Harry Maguire ’s ill they’re going to go potentially with a really weakened defence into those Premier League games. I think if they had been playing against a Premier League team tonight they would have been punished, so they’ve got to get some players back quickly,” Neville told Sky Sports.

Also Read: Luis Suarez on the verge of joining join Brazilian giants Gremio on a 2-year deal after leaving Nacional

According to manager Erik ten Hag, Manchester United has activated one-year extensions for four first-team players, including English striker Marcus Rashford. The three other players are Diogo Dalot, Fred, and Luke Shaw. They were all in the last year of their contracts but had the option to extend them a further twelve months.

David de Gea, a goalkeeper who is in the final year of his contract and has a choice to renew it, has not yet come to a decision with the club. Ten Hag expressed his desire in October that the Spaniard would stay at Old Trafford.

Also Read: Wanda Nara could potentially receive a sum of $100 million including assets if she and Mauro Icardi legally get separated

Also Read: Paul Pogba discloses the origin of his rift with Jose Mourinho during their time together at Manchester United