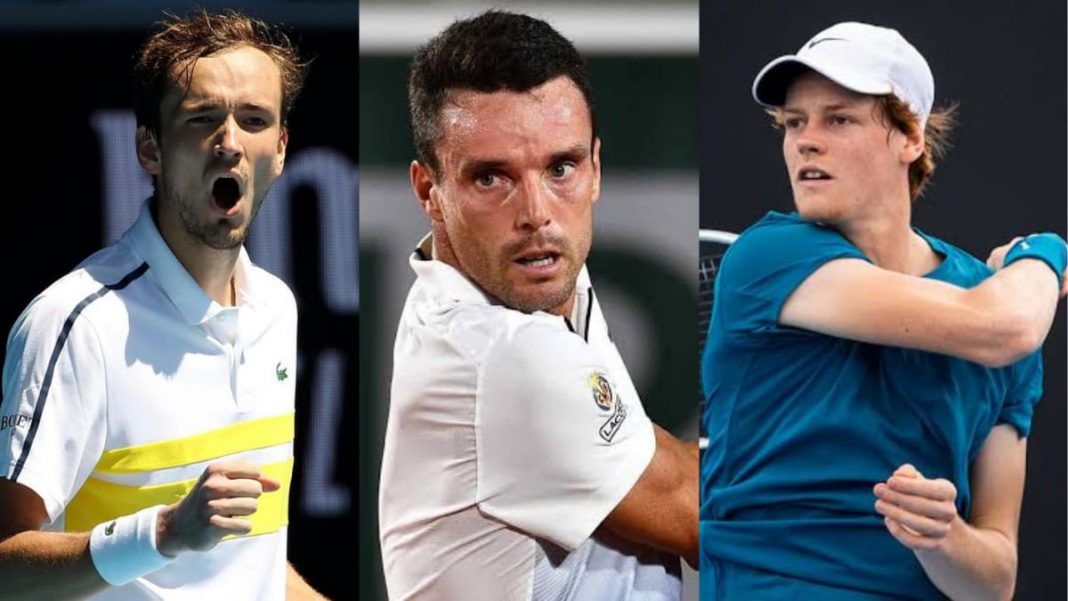 Day 5 of the Miami Open saw the Round of 32 matches of many top seeds. World no.2 Daniil Medvedev had to dig deep while teenage sensation Jannik Sinner was taken down the distance.

Medvedev fights off cramps to reach the Final 16

Top seed Daniil Medvedev was tested and taken all the way by a determined Alexei Popyrin before winning 7-6(3),6-7(7),6-4. Medvedev blew a 7-6 5-2* lead to Popyrin, then missed triple match point at 5-4*, lost the second set, cramped in the third set and finished the match walking like a old man due to those cramps.

Jannik Sinner gets the better of higher ranked Karen Khachanov

The young Italian prevailed over 14th seed Karen Khachanov by battling the immense heat to reach the Round of 16 at the Miami Open on Sunday. The 19-year-old’s 4-6,7-6(2),6-4 victory over the Russian came under sweltering Florida conditions in two hours and 50 minutes. It was not only the quality of the opponent, which made life difficult. Sinner will face Emil Ruusuvuori next.

It was a typical John Isner match, he never had a break-point opportunity and won anyway. The big American with the big serve hit 16 aces and edged No 11-seeded Felix Auger-Aliassime 7-6(5),7-6(5).

That made it four consecutive sets Isner has won by tiebreaker against Auger-Aliassime in Miami. The score when they met in the 2019 semifinal was 7-6(3), 7-6(4).

American Frances Tiafoe came from a set down to win against Serbian Dusan Lajovic 1-6,7-5,6-3. The American was lost in the first set with Lajovic hitting winniners left, right and center. But he composed himself and came back in the following sets. He will next face top seed Daniil Medvedev in the Round of 16.

Taylor Fritz gets the better of Cameron Norrie in three sets

Local 22nd seed Taylor Fritz scored his best Miami Open result when he defeated Briton Cameron Norrie in three sets 6-4,3-6,6-1. Battling the Florida heat, Fritz’s performance dipped in the second set but he managed to recover well and close out the match. He will next face Alexander Bublik in the Round of 16.