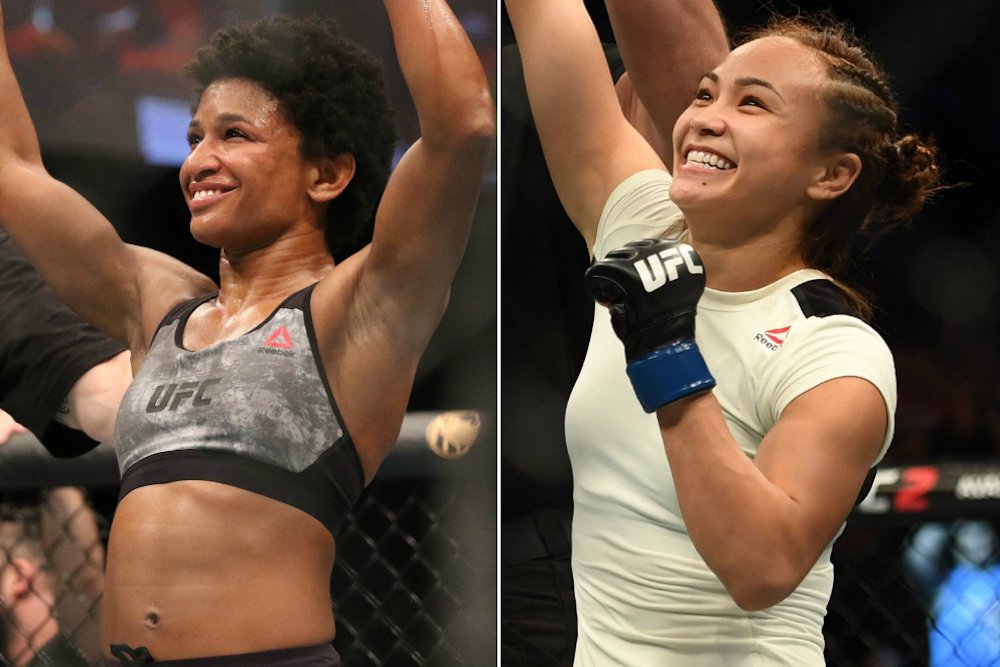 A strawweight fight between Michelle Waterson and Angela Hill has been rescheduled for September 12th.

Michelle Waterson and Angela Hill’s strawweight fight at UFC Vegas 7 has been delayed three weeks due to personal reasons on Waterson’s side.

It’s another hit for the UFC event on August 22nd in just a matter of days, as Yoel Romero was forced out of his middleweight fight with Uriah Hall due to undisclosed reasons on Tuesday.

Waterson (17-8) is in desperate need of a win, losing her last two UFC appearances to Carla Esparza and Joanna Jędrzejczyk by decision.

“The Karate Hottie” had picked up three consecutive wins before her most recent losses, impressing against Felice Herrig and Karolina Kowalkiewicz.

Hill (12-8) last fought at UFC on ESPN 8 in May, losing a decision to Claudia Gadelha in a fight that many believe Hill’s hand should have been raised in.

“Overkill” was on a three-fight winning streak before the controversial loss.

UFC Fight Night 177 on September 12th will take place in Las Vegas, presumably at the UFC’s APEX facility. A light heavyweight fight between Thiago Santos and Glover Teixeira is being targeted to headline the card.