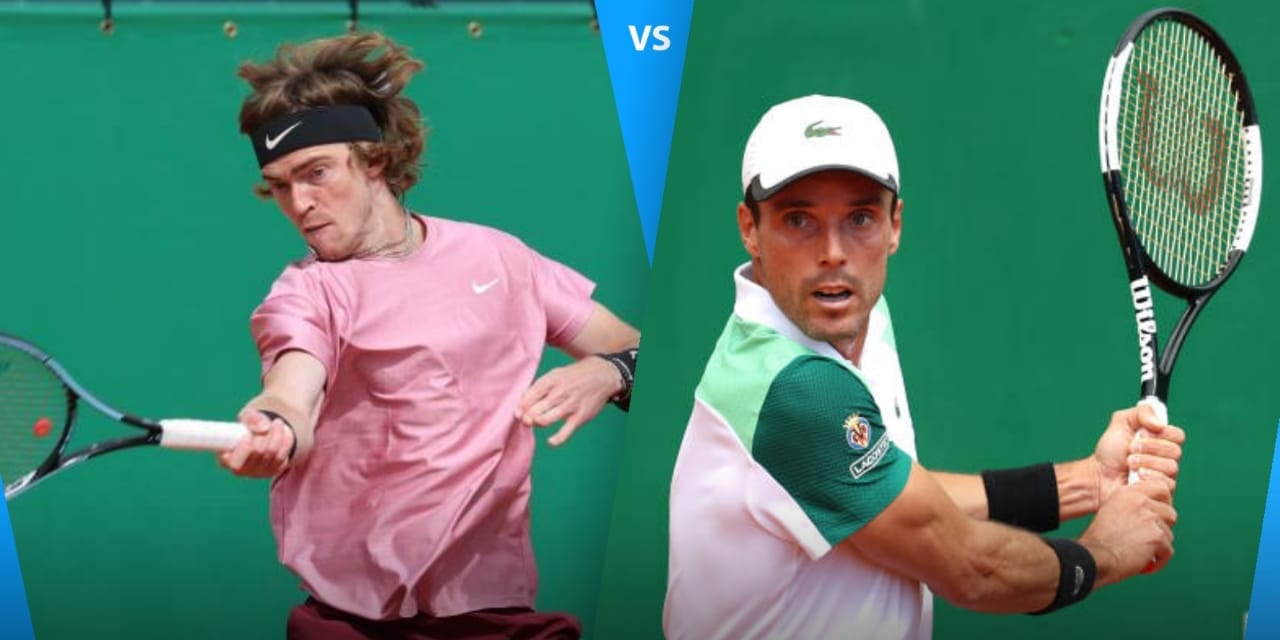 Third seed Andrey Rublev will take on Roberto Bautista Agut of Spain in the third round of the 2021 Monte Carlo Masters.

Russian sensation Andrey Rublev is currently in the form of his life. He has atleast made it to the Last 8 of every tournament he played this season.

In his opening match at Monte Carlo, the 4th seed defeated Italian Qualifier Salvatore Caruso in straight sets 6-3,6-2. He moved well on court and used his big forehand to finish the points.

His opponent, Roberto Bautista Agut of Spain is the 9th seed and is yet to drop a set this tournament. He got the better of Taylor Fritz in the opening round 6-2,7-5.

In the second round he met yet another American Tommy Paul, whom he defeated very easily in straight sets 6-3,6-4. The 33-year old has been in sublime touch this season and reached the semi-finals of the last tournament he player- The Miami Masters.

This will be the 6th meeting between the duo. Bautista Agut leads the H2H 3-2. They last met at Doha earlier this year where the Spaniard won in straight sets.

This will be a very tightly fought contest given the players’ recent form. Both of them were the semi-finalists at the recently concluded Miami Masters and will look to go further than that in Monte Carlo.

Rublev absolutely dominated in his first match while Bautista Agut too left no stone unturned. It will be a battle of aggression between the two and the player who scales up their defensive game may have an edge. Expect Rublev to win an absolute thriller.