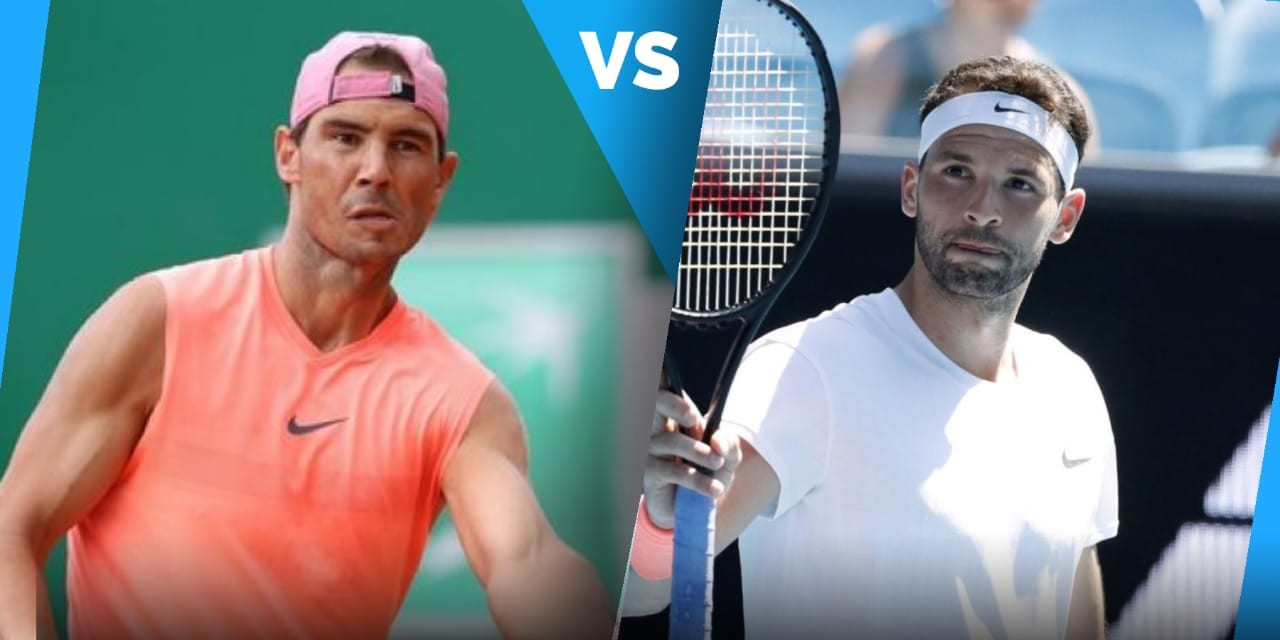 Third seed Rafael Nadal will take on Grigor Dimitrov of Bulgaria in the third round of the 2021 Monte Carlo Masters.

The ‘King of Clay’ returned to his fortress today in style and absolutely thrashed his opponent. He defeated Federico Delbonis in straight sets 6-1,6-2.

Bidding for his 12th title at the Principality, Nadal was on song from ball go hitting winners left, right and center. He was sliding well and gave his absolute best on court. In short, it was a Nadal masterclass.

As for his opponent, Bulgarian Grigor Dimitrov is looking in superb form this week too. Dimitrov won against Jan-Lennard Struff in straight sets 6-3, 6-4 in an hour and 18 minutes to win the first match he’s played on clay this season.

In the second round, he got the better of Frenchman Jeremy Chardy in convincing fashion. He won the match in straight sets 7-6(3),6-4.

This will be a whopping 15th meeting between the duo. Nadal leads the H2H 13-1. They last met at Acapulco 2020 where Nadal won in straight sets. Dimitrov has never defeated Nadal on Clay.

The two players have met many times on tour and Nadal has just lost once to the Bulgarian. For this encounter, he goes in as the favorite. Nadal absolutely dominated his first match and was even hitting his trademark ‘banana forehands’.

Dimitrov has seen off two quality opponents in the initial two rounds without dropping a set. In the five times he has battled Nadal on Clay, he has just managed to take one set. So, expect a exciting match with long rallies going in Nadal’s favor.