“The team’s strategy was top-notch,” Jos Verstappen is a proud father after Max Verstappen’s perfect win in Hungary 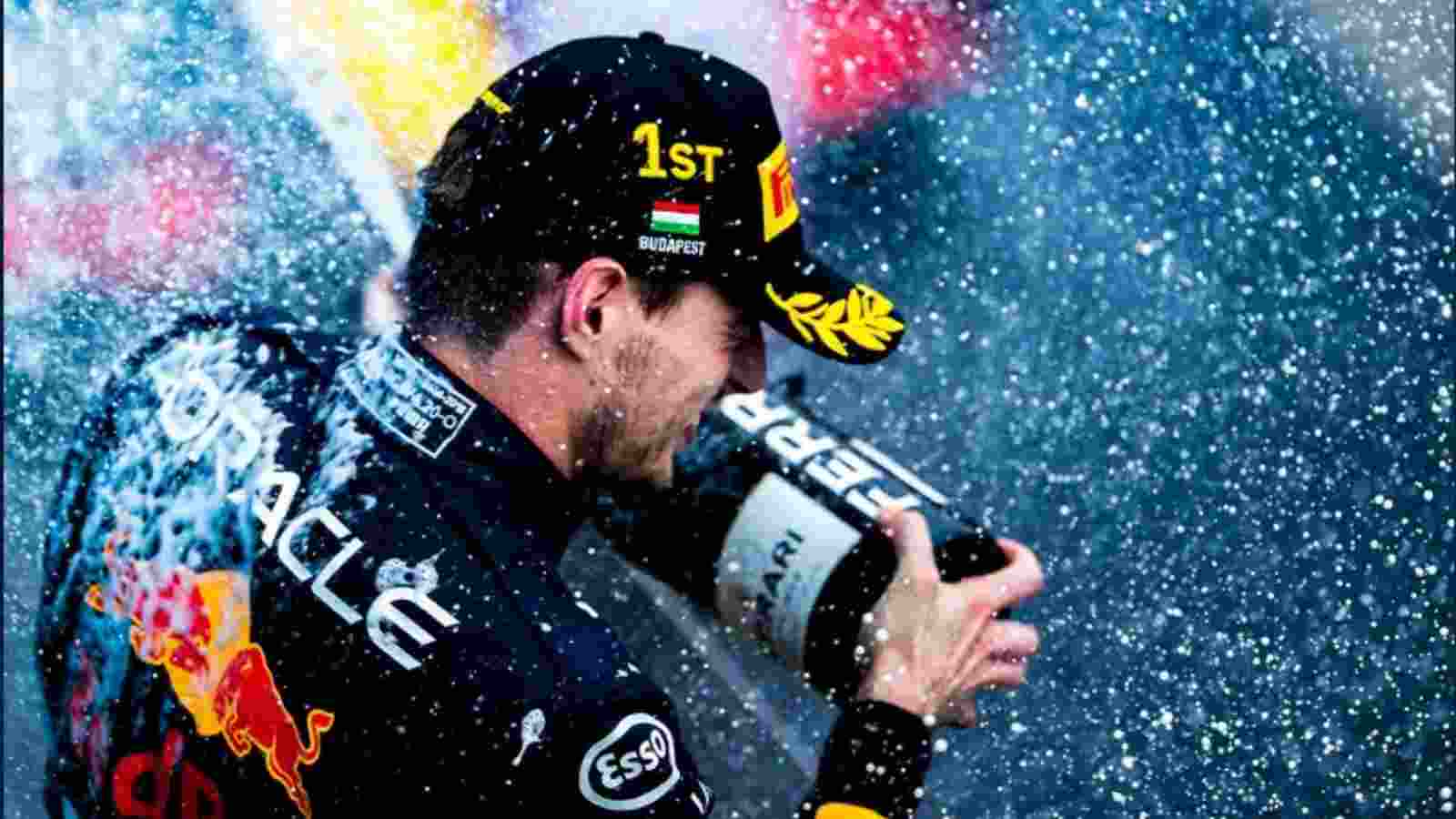 After a horrible Saturday in Budapest with Max Verstappen having engine issues during qualifying and Checo Perez failing to make it into Q3, both the drivers were disappointed and positioned in P10 and P11 respectively. Max kept saying that he had no power during his attempts in Q3 due to which he was not able to put forth a competitive lap time.

Meanwhile the track limit fiasco and lack of time meant Checo couldn’t put in a better laptime to make it into Q3 due to track evolution.  Chances of a podium for either one of the Oracle Red Bull Racing drivers were rare and a win seemed highly unlikely but here we are.

Max Verstappen gave it everything and ended up winning the Hungarian Grand Prix and went into the summer break taking home 25 points yet again. He currently has 8 wins this season with 10 races left. The #1 driver’s win count last season was 10 wins so having 8 wins with half the season remaining is a mean feat. Jos Verstappen is proud of his son after his magical performance in Hungary.

Also read : Fernando Alonso makes it clear as to what he expects from contract negotiations with Alpine : “When two parties want to agree, it takes 10 minutes”

“The way he passes other drivers, it sometimes seems so easy” : Jos Verstappen on Max Verstappen in Budapest

“The team’s strategy was top-notch. And Max executes it to perfection. The way he passes other drivers, it sometimes seems so easy. And the fact that he says he wants to start on soft tyres shows how strong he is”, Jos Verstappen said in an interview.

“Our decisions are not always right either. Yes, less often. That is why we are eighty points ahead,” says Jos Verstappen while saying that they don’t want to cheer too soon.

The Dutch driver finished the race in P1, whilst his teammate finished in P5 and title rival Charles Leclerc finished in a disappointing 6th place. Reigning World Champion Max Verstappen currently has an 80 point lead over Ferrari’s Charles Leclerc and will go into the summer break a happy man. The title lead is so huge that even if the Red Bull driver DNF’s three times consecutively, he will still lead the title. Such is the consistency that the Dutch Lion has shown this season.

Also Read: ‘Mattia Binotto to be shown the “exit door” at Ferrari?’

Also Read: “Fernando will accelerate our progress,” Mike Krack delighted to have Fernando-Lance line up for Aston Martin in the 2023 season

Who is Barbora Krejcikova’s Coach?