A lifelong Reds fan, Sir Jim is also favoured by the fans as the man at the helm. 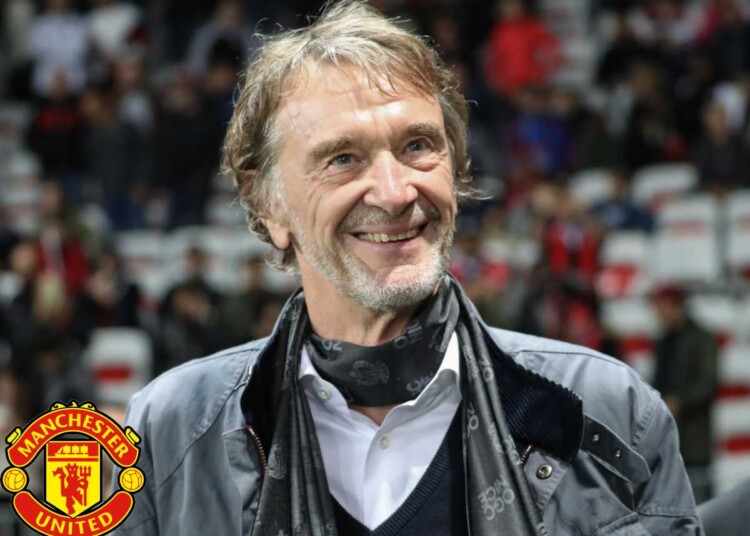 Manchester United may see another major overhaul as UK-born billionaire Sir Jim Ratcliffe officially enters the race to acquire the Salford-based outfit. The amount is yet to be made public, but the American owners of the club, the Glazer family, had previously set the price at 5 Billion Pound Sterling.

According to BBC, the transaction will be handled by Raine Group, which will narrow down the list of potential suitors by February. The concluding steps are expected to complete by March. Currently, there are multiple interested parties from the Middle East and Asia.

The 70-year-old is not a new name in sports as he owns French top division side OGC Nice and has a stake in the Mercedes-AMG F1 team. Sir Jim has publicly spoken about his love for the Red Devils and has approached Joel and Avram Glazer in an attempt to buy a minority stake in the club. Still, the communication fell through after the initial stages. It is yet to be confirmed whether Glazers would relinquish complete authority over the club they have owned since 2005. A spokesperson from the company has recently said, “We have formally put ourselves into the process.”

In an event hosted by the Financial Times back in October, Sir Jim said about his wish to own a Premier League side, “Manchester United is owned by the Glazer family whom I have met. I’ve met Joel and Avram, and they are the nicest people, I have to say, they are proper gentlemen,”.

“If it had been for sale in the summer, then, yes, we would have probably had a go following on from the Chelsea thing, but we can’t sit around hoping that one day Manchester United will become available. We have an exciting sporting franchise, but the one thing that we don’t have is a Premier [League] team,” added the billionaire.

Manchester United survived chaos in 2022, and a change in ownership might help them to thrive

The ownership has recently fallen out of favor with the fans, with protests becoming a regular fixture before matches. Superstar, former Manchester United striker Cristiano Ronaldo, and other past legends have also made scathing comments on the condition of the club’s fabled training facility at Carrington. The owners have allegedly taken billions out of the club to fund their own interests, resulting in irritation around the club. Sources believe that the new owners, if any would have to revamp the training facility and fix Old Trafford. This means the underlying costs of the acquisition can be daunting, but with 11 billion pounds in the bank, Sir Jim can flex their muscles.

Ineos Group was also a major contender to buy Chelsea when it was put up for sale amidst the Russia-Ukraine geopolitical unrest last year. Their 4.5 billion Pound offer came in too late, and a Ted Boehly-led consortium completed the acquisition of the London side.

The club has recently turned a corner under manager Eric Ten Hag after a dismal start to the season. The air around the club is one of optimism; if the takeover is complete, it will only contribute to the positivity.