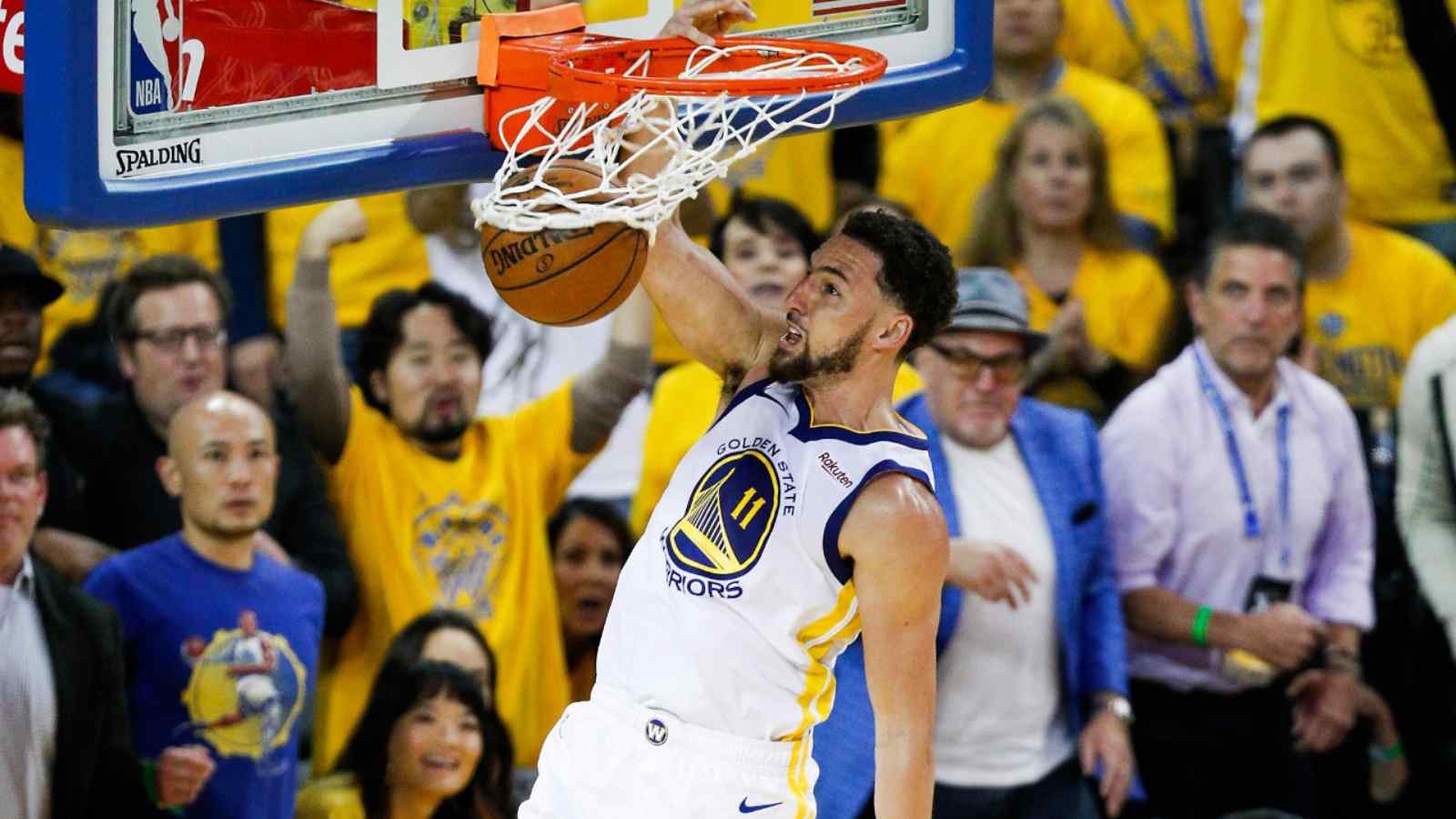 Klay Thompson since his comeback to the Warriors had made a lot of progress, day-by-day he is also adapting to the teams’ new strategy this season. Meanwhile, his return has boosted the morale of the team and raised the hope of the dubs fans who are waiting to see their team win the NBA championship after years of title droughts

On Thursday night, the New York Knicks were at the home of the Golden State Warriors and the dub nation witnessed the nip and tuck contest between both the teams. The Knicks initially were in the double-digit lead but Klay Thompson and Co didn’t allow them to move any further they fought back and brought the game to the last one minute.

Also read: “What are you high on” NBA Twitter left in splits as…

In the 7 seconds of the last quarter, the Knicks were leading by just two points in the game and Klay Thompson got the chance to win or tie the game by shooting the clutch shot at the crucial moment but he missed it. The Knicks won the game by 116-114. Thompson scored 17 points and when was asked whether he is feeling like his normal self by Mark Haynes of Clutch point.

Klay Thompson said, “I want to say I feel like myself, but {that’s}natural when you’ve missed 941 days. I still think I’m trending upward and I really want to peak by May and June rather than right now. So, every week gets better and I think I’ll be incredible come playoff time. Just like the season has progressed my game has progressed as well. I think that’s going to continue.”

Klay was really down on the night against the Knicks as he made 7-of-17 from the field and 3-of-9 from behind the arc which he also accepted that was willing to shoot the ball efficiently.

Will Klay Thompson after make the Warriors NBA Champion again?

Klay after his return to Dub nation was emotional for everyone but it also become an opportunity for the Warriors to bring back the championship which they left on the night of the 2019 NBA final. With Klay Thompson averaging 18.7 PPG, 3.8 RPG, and 4 APG is surely looking in great condition, but is this enough to make his team champions once again?

Also read: “He’d look at me like he was bored” Shaquille O’Neal reveals…