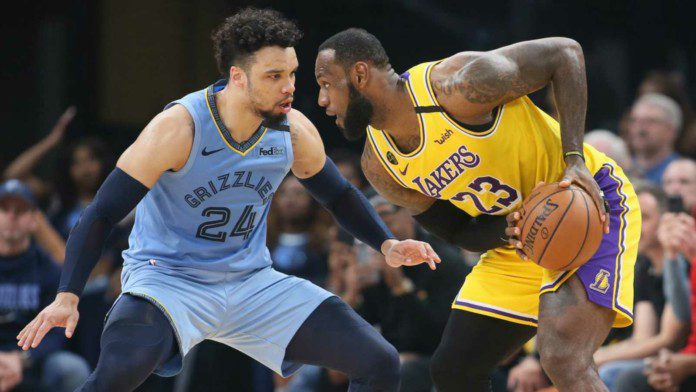 Read and know more about the Memphis Grizzlies vs LA Lakers live stream. The Grizzlies have been in a five game win streak defeating powerful teams in the league while at it. They are 4th in the Western Conference with a record of 14 wins and 10 losses.

The Lakers have a lot left to prove that they are worthy of a title run th.is season. With injuries and health issues lingering around finding a systematic approach to their game will be a hard task. They are currently 6th in the West with a record of 13 wins and 12 losses. Here is a preview to their season.

The injury report for the Memphis Grizzlies has listed:

The predicted lineup for the Memphis Grizzlies:

The Memphis Grizzlies vs LA Lakers Live Stream will be broadcast at different times in different Time zones.

The fans can watch the match with a subscription to NBA League Pass. The fans living in other countries can refer to the channels mentioned below to watch Memphis Grizzlies vs LA Lakers Live Stream.

Unfortunately yes, Ja Morant is not expected to return anytime soon but on a bright note notice how well the team has been playing without him. Jaren Jackson Jr. and Desmond Bane have been exceptional on the offense side of the game scoring at least 20 points per game or 18 points as a bare minimum.

Considering the Lakers’ track record so far it is a gamble on whether they will win or succumb to another defeat. LeBron James’ presence is everything but it means nothing if the rest of the superstars on the team cannot produce on a high level that they rather would have as a leader on  a different team. It is a fifty-fifty bet between the two teams at this point.