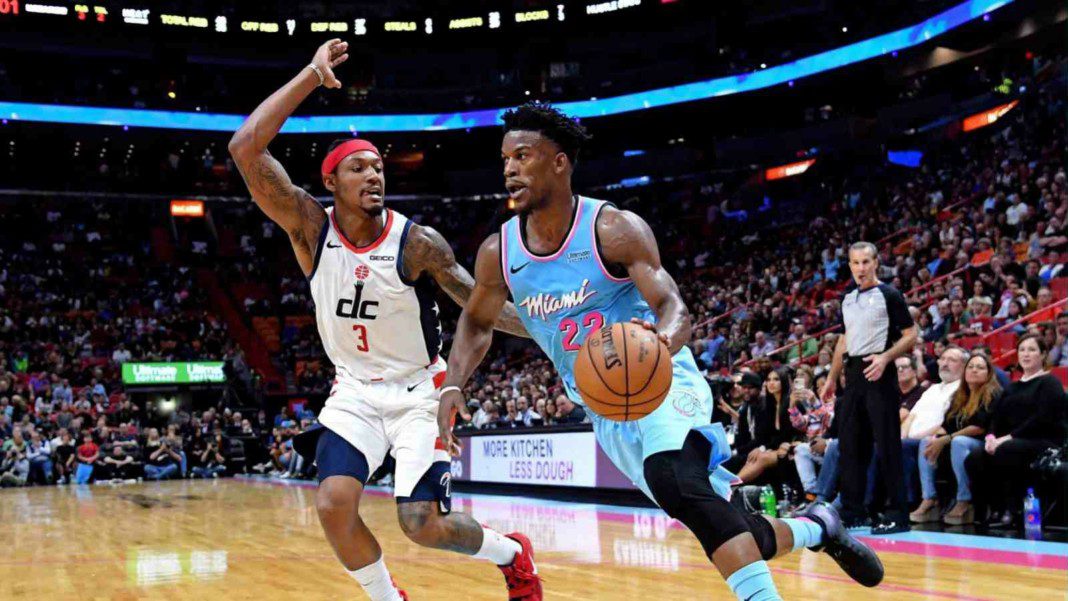 Read and know more about the Miami Heat vs Washington Wizards Live Stream. Both teams have done a remarkable job this season. The Miami Heat is being looked as the best overall team right now in terms of playing style and individual player ability. They are fourth in the Eastern Conference with nine wins and five losses.

The Wizards were certainly not expected to make such a big return this season but their all brand new roster is a hit on the head of the nail, a settled deal perhaps. They are 10 wins and three losses being the top team in the East right now. Here is a preview of their season.

The Heat’s defensive nature has been a major pro for them. They are third in the league in points differential with +7.0 per game and second in the league in rebounds with 48.6 recorded rebounds per game. The big three in Butler, Lowry and Adebayo is very well rounded as Butler leads the team in points with 23.6 points, Lowry leads them in assist with 7.3 assists and Adebayo om rebounds with 11.2 per game. Tyler Herro is having his best season yet averaging 21.9 points, 5.7 rebounds and 3.9 assists coming off the bench making his one of the front runners for Sixth Man of the Year.

The Wizards are fourth in the league in rebounds with 47.4 rebounds per game. Bradley Beal leads the team with 23.3 points, 5.5 rebounds and 5.6 assists per game. Montrezl Harrell is averaging 18 points with 8.5 rebounds and one block per game. Kuzma has the most rebounds with 9.1 rebounds recorded per game. Dinwiddie has 17 points and 6 assists this season being a very valuable push they needed. All the new recruits have been the biggest reason to why they are the best in the East at the moment.

Here are the timings to which the Miami Heat vs Washington Wizards Live Stream will begin.

Fans all over the world can watch and enjoy the Miami Heat vs Washington Wizards Live Stream using the following platforms mentioned below.

For the Heat, they would have put on a great fight to earn a win, unfortunate to them, they have two of their top players out for the upcoming game. Kyle Lowry shows great leadership as you would have seen in his previous team. But will it be enough for the Heat to surpass the thriving Wizards? You will have tune in on game day.