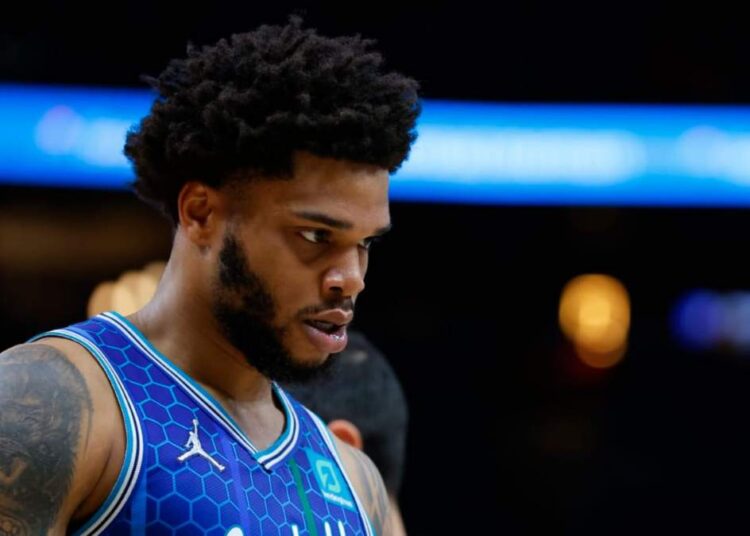 Miles Bridges could potentially make a return to the NBA very soon according to league sources. The former Charlotte Hornets player hit free agency this past off-season but found himself in a sticky situation rather than a new deal. However, things have been working it’s way around for him and he could be back on the floor within the end of this season, hopefully.

Miles Bridges was the team’s best player besides LaMelo Ball. He led the Hornets in scoring and helped them reached a significantly better position in the Eastern Conference for the first half of the season. He averaged 20.2 points, 7 rebounds and 3.8 assists per game. Bridges was also a strong candidate for the Most Improved Player Award last season.

However, the Hornets were not successful enough to make the cut for the playoffs. During the off-season tragedy struck after Miles Was accusation of domestic violence against his ex-girlfriend in front of his children. This put all his hopes of retaining a deal with Charlotte, and he remains a free agent until date.

Earlier in June, Miles Bridges’ then girlfriend accused him of domestic misdemeanor. It was said that he turned himself in following the alleged incident and accepted his wrongdoings. He was arrested and later paid a bond worth $130,000 to get his release.

It is said that Bridges was sentenced to three years of probation, according to Wojnarowski of ESPN. His representatives at Klutch Sports have been working relentlessly to land him a contract. Woj said the sooner he gets a deal finalized, the faster he will be able to finish the mandatory suspension and play with the Hornets.

“I would be disappointed if I didn’t qualify,” Action Sports legend Travis Pastrana set his priorities for Daytona 500 debut with 23XI Racing