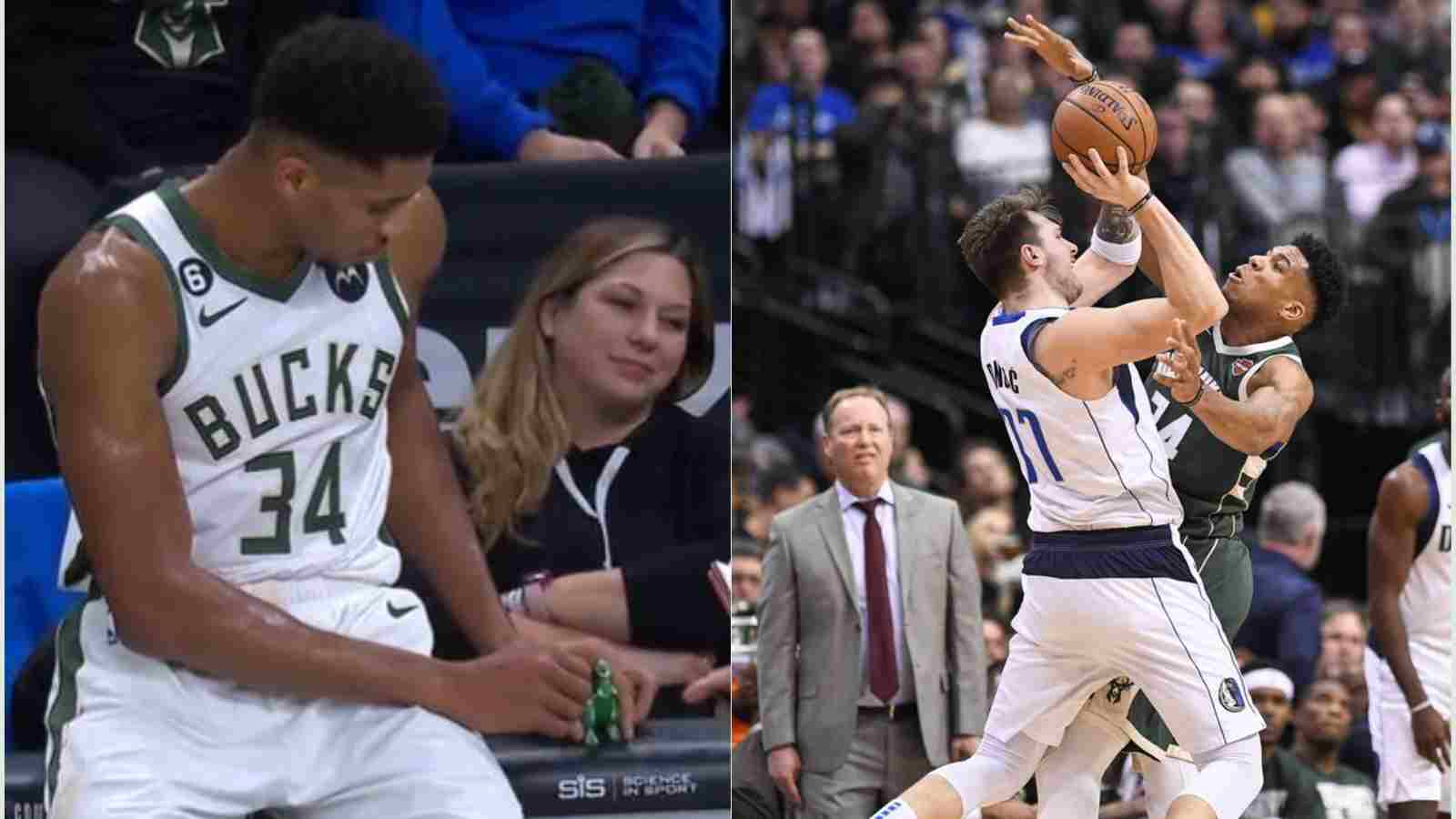 Giannis Antetokounmpo has been trending ever since the NBA regular season started for his performances on the court. This time, the Greek Freak is going viral for his funny moment during the game against Dallas Mavericks earlier today.

Big game against the Dallas Mavericks? Face-off against another superstar of the league? Giannis Antetokounmpo is unfazed by all the pressure and is casually playing with a toy dinosaur during one of the timeouts in the Dallas Mavericks game. The MVP-favorite was more focused than ever during one of the timeouts trying to figure out the toy dinosaur than he was to break down Luka Doncic’s Mavericks.

The Milwaukee Bucks are having a phenomenal run so far in the NBA 2022-23 season. Their main man Giannis Antetokounmpo is balling as usual and is looking to lead his team to another championship glory. The Greek Freak is one of the biggest personalities in the NBA and is most loved by the fans. However, recently the Bucks star has found himself in a tricky position.

Following his controversial argument with a Philadelphia 76ers staff member, Antetokounmpo has been bashed for being “fake humble”. The 27-year-old was in the spotlight again for “chilling” during an intense game against the Mavericks. While some fans can’t get enough of the Greek Freak, some still are stuck with their opinion that the superstar’s PR team is trying to convince people that Antetokounmpo is not the “villain.”

Read more: “You are sweeping them” – Fans stunned by Giannis Antetokounmpo’s super team to take on legendary trio of Michael Jordan, Shaquille O’Neal, and Magic Johnson

Giannis Antetokounmpo put on an amazing performance with 30 points to help the Bucks cruise past the Mavericks with the final score, of 124-115. The former NBA champion’s video of playing with the toy dinosaur has got mixed reactions from the fans as some claim this to be “wholesome” and some as the player trying “too hard” to be the nice guy of the league.

he's trying so hard to be someone he's not. shit is getting cringe fam https://t.co/qArhZCSKE3

Also read: Who is Anamaria Goltes? Know all about Luka Doncic’s girlfriend

I’m a fan of Giannis but this is true. Like the man just had the whole ladder incident so his PR team’s gotta work overtime lmao

Literally Toying with the Raptors on and off the court 😂😂

Bro not taking the Mavs seriously at all. 💀

The “Ladder incident” sure has affected the league superstar’s image. Antetokounmpo has always been seen as funny/jovial but it looks like it’ll take a lot more convincing from the player’s side to get the neutral fans back on his side following the incident in Philly. Despite the recent drama, Antetokounmpo is undoubtedly the best player in the league this season in the eyes of the majority of fans.