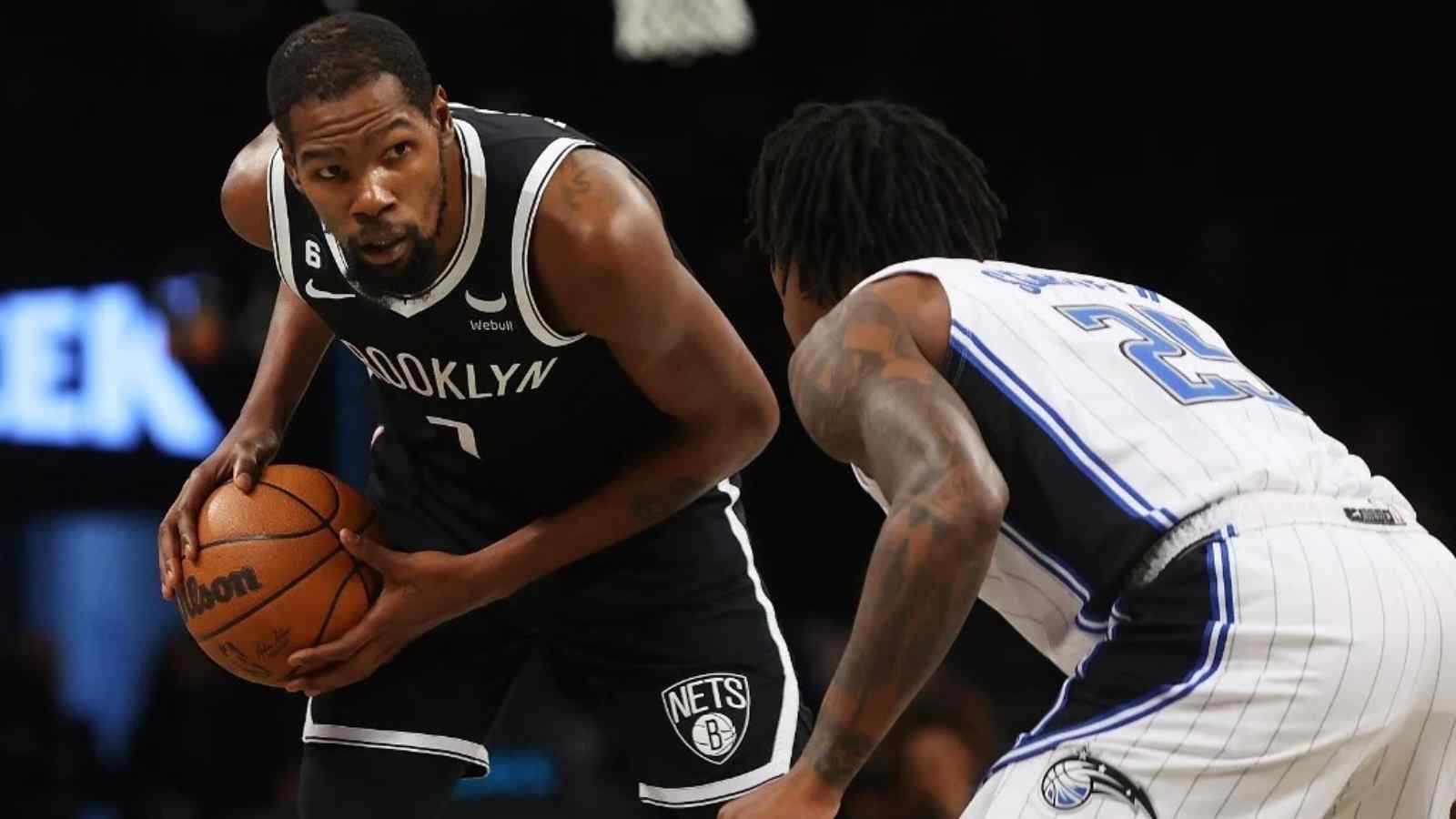 Kevin Durant scored season-high 45 points in a win against the Orlando Magic. The Brooklyn Nets’ superstar carried the team’s offense in their 109-102 victory against the Magic. KD’s effort came at the perfect time as the Nets’ have finally gotten back into the .500 mark among the NBA teams.

Kevin Durant made 19 of his 24 field goal attempts in 39 minutes. He also had 5 assists and 7 rebounds for the Nets. This is the second night consecutively that the 12-time All-Star has played 39 minutes. Durant’s season-high game against the Magic came after scoring 31 points against the Portland Trail Blazers, where he made 12 of just 20 field goals.

Coach Jacque Vaughn had high words for Durant and his masterful effort in the back-to-back games. “At this stage in age of his career, I mean the minutes he played, what he did last night to lead us into a win is huge.” Alluding to Durant’s discipline and his dedication to the game Vaughn also said’ “I think it shows the preparation that he [Durant] puts into his body, what he feels about the game. He approaches it like we have to win this game.”

Apart from KD, Kyrie Irving who has been largely silent since coming back from suspension added 20 points. Nick Claxton had 17 points and 13 boards in 36 minutes.

With 1.14 remaining in the 1st quarter, Kevin Durant received the ball from Kyrie Irving. Guarding the seven-footer was Kevon Harris, which possibly had no chance to successfully defend the sniper. Durant kept the ball high above his head and was measuring Harris while disrespectfully smiling around the free throw area. However, as later KD said, Harris was pushing him with his hand which made him smile.

After beating Kevon, the former MVP dribbled the ball to the basket and rose up to drop the bank shot. Not only did he make the shot but also drew and-1 on the play. As Durant was going through the free-throw line, he gave a slight two-hand push to Harris. The push from Durant drew a massive reaction from the fans. Some of the said, “KD smiling at him,” while another wrote, “that was a weak a** push.” Here are some reactions to the play from the fans;

Speaking to the press about his performance and his almost perfect game night, KD said sometimes the preparation doesn’t show in the game. “You really don’t know. I really don’t know,” Durant said. “I’ve had games where I shot incredibly in warmups and had the worst shooting night that night.” However, he added, it is mostly having his mind in the right place that makes the game come easy to him.

Also Read: “Been there, done that” Kevin Durant makes his feelings perfectly clear on not being included in MVP conversation

Also Read: “Should probably start the All-Star Game” NBA Analyst deems Shai Gilgeous-Alexander as one of the best scorer