Russell Westbrook salary: How much is Mr. Triple-Double earning from the current NBA contract with Los Angeles Lakers? 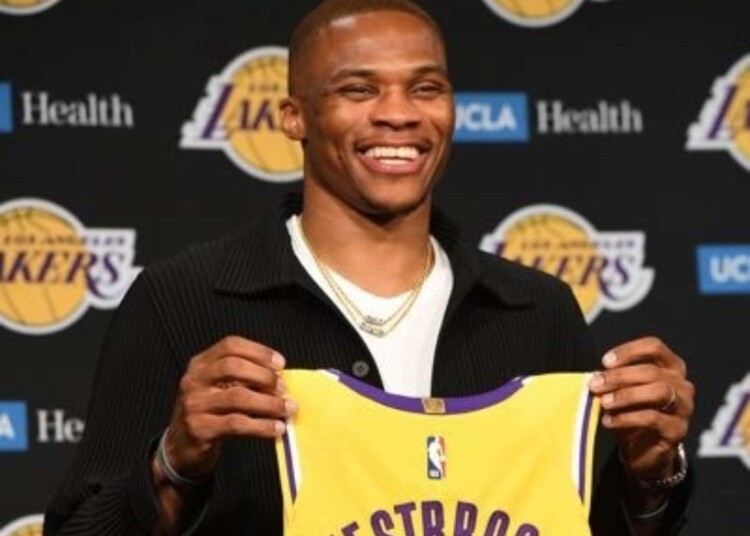 The LA Lakers are Russell Westbrook’s team in the National Basketball Association (NBA). For the UCLA Bruins, Westbrook played collegiate basketball. He was chosen by the Seattle SuperSonics with the fourth overall choice in the 2008 NBA Draft; later that week, they moved to Oklahoma City and adopted the name Oklahoma City Thunder. Westbrook received the NBA Most Valuable Player Award for the 2016–17 season.

He has quite many achievements to his name. Russ has been the season MVP once in the 2016-17 season. He was the scoring leader twice, in the 2014-15 season and then in his MVP season. Westbrook was dealt to the Houston Rockets in 2019, where he spent just one season before being moved once more to Washington in the following year. He was traded to the LA Lakers in 2021 after setting the NBA record for most triple-doubles with the Washington Wizards.

He has been selected to the NBA All-Star Game and All-NBA Team nine times each. Additionally, Westbrook has competed twice for the United States national team, earning gold at both the 2012 Olympics and the 2010 FIBA World Championship. A player of his stature surely earns a hefty contract from whatever franchise he plays for, and Westbrook is no different. Prior to his current season with the Lakers, the former MVP had $291,756,333 ($347,751,523* adjusted for inflation) for his career earnings.

Russell Westbrook criticized for his contract with the Lakers

After having a tumultuous last season, Russell Westbrook returned to the Lakers again this season. As anticipated, the superstar activated his player option for the season, which is valued at over $47 million. In the previous season, Westbrook averaged 18.5 points, 7.4 rebounds, and 7.1 assists while shooting 44.4%. He was mostly held accountable for the Lakers’ failings despite shooting a pitiful 29.8% from the field and 66.7% from the charity stripe.

It was celebrated as a homecoming when Russell Westbrook joined the LA Lakers and returned to his hometown. Many believed that he and LeBron James would lead the team to victory. However, the team’s 33-49 record and absence from the playoffs last season meant that things didn’t work out as planned. His turnovers are one of the main reasons he wasn’t able to fit in with the team and play winning basketball. He had an average game of 3.8 turnovers per game.

While he has thrived in his role from the bench it is unlikely that the Lakers will renew his contract with such a hefty sum. It is likely that Westbrook may find a new home at the end of the season should the Lakers fail to make it to playoffs again this season. Currently, they sit 12th in the Western Conference with a 19-22 record