“Could he be a first or a second round pick?” Skip Bayless delivers clarification upon his tweet on Bronny James 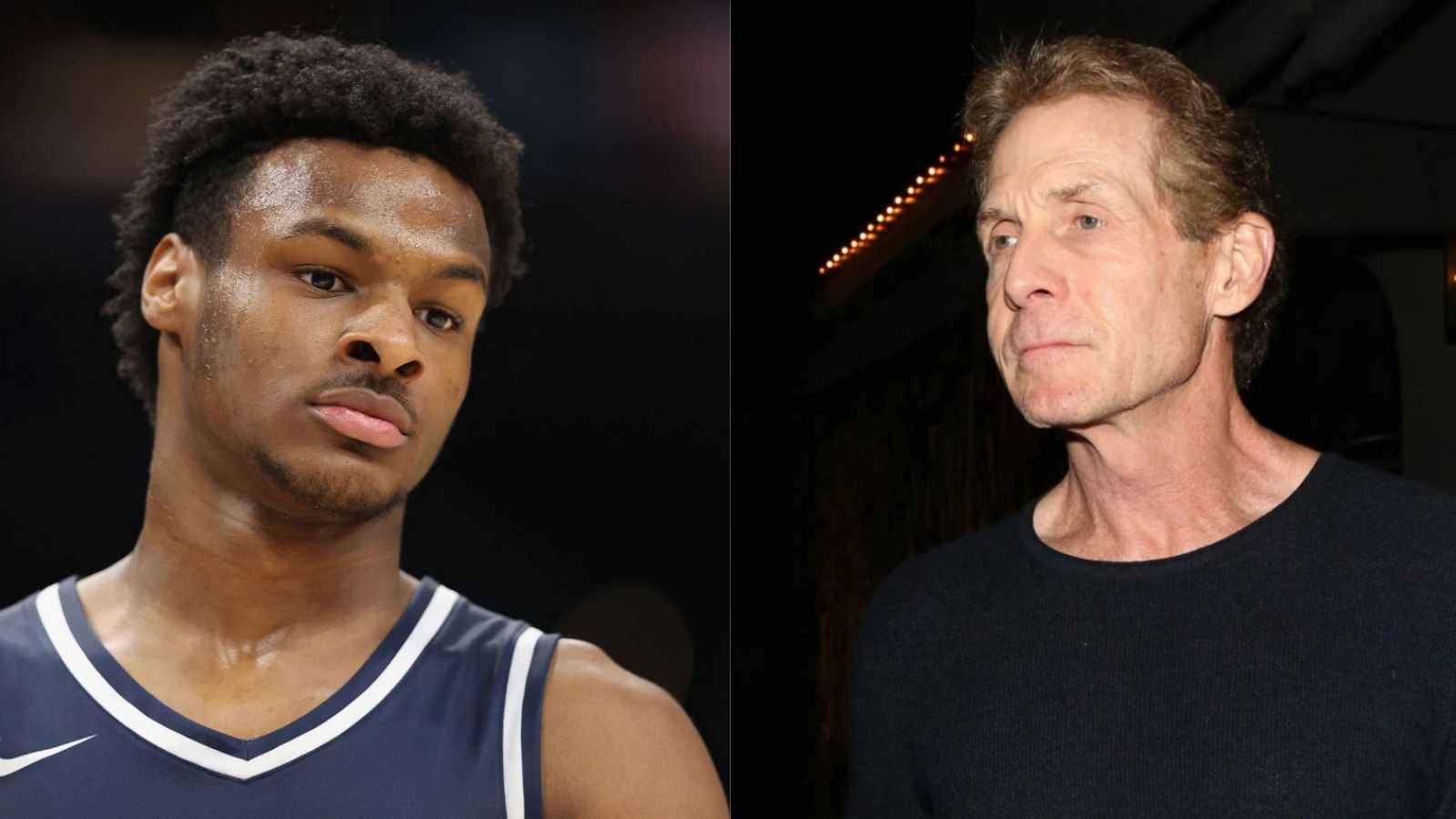 Experienced sports analyst Skip Bayless defended himself from the backlash of NBA fans as his tweet about Bronny James was making headwaves for all the wrong reasons. Skip is known for his negativity towards LeBron James, but his son should be spared from harsh criticism from a keen-eyed analyst. Bronny James Jr. was all over the news for his thunderous one-handed dunk at the European Basketball game. It certainly made highlights and even emphasized Bronny’s athletism. Skip Bayless sent out a cryptic tweet reacting to the dunk, and to his amusement, he was at receiving the end of backlash from the fans.

On his show “Undisputed,” he tried to defend himself from any further firing. He said that he was not actually hating but rather just commenting on the great play. Bayless said, “It shocked me last night when my tweet exploded, because I wasn’t criticizing Bronny. I was merely commenting on a young man who is going to be a focal point for this show and everybody else from this point forward. … So, the point is, when this took off, I look back at my tweet, and I said I didn’t intend this as criticism.”

Bayless claims that Bronny is going to be a focal point of the show moving forward. Jr James was representing the California Basketball Club. He impressively threw it down a monstrous dunk against the U18 French Select.

Reacting to his own tweet, Skip said, “I intended it as a commentary on what I saw because I’ve said ‘Hey, Bronny, this is my tweet. Impressive. But your dad would have dunked it left-handed.’ His dad is ambidextrous.”

LeBron James might have competition within his family for a spot on Skip Bayless’ show.

Skip Bayless and LeBron James are two inseparable entities. The 4-time NBA Champion is regular in Skip’s analysis – picking him as a reference point in any debate. But after the highlight-worthy dunk Skip said that “Undisputed” is going to talk more about Bronny in the coming years. He also added that young Bronny will be a “focal point” of the show.

It could give LeBron some breather, but at expense of his own son would be a nice feeling. Bronny James could enter the NBA at the earliest of 2024 and every media personality including Bayless, is constantly putting their bets on his potential draft spot.

Bayless said, “I’m gonna remind everybody Bronny is almost 18 years of age, and I’m gonna remind everybody that Bronny is going into his senior year and that we constantly discuss on this show, in two years will be good enough to play alongside his father in his father’s year 22? Will Bronny be good enough to be first-round pick or a second-round pick at 6-3ish?”

While Bronny is just a season away from making his NBA debut, his younger brother would also be in line for the same. Being LeBron James’ kids, they certainly have the genetic lottery. James certainly is an iconic figure in the athletic world, and his hard work and maintenance do lay an important role in longevity.

But Skip Bayless believes James’ two sons have different attributes linking them to their father. He believes 17-year-old Bronny shares James’ court vision and thus could be a very good guard; while young Bryce resembles his father in raw athleticism. Comparing them On “Undisputed,” Bayless said, “I’ve been very impressed by this young man’s basketball progress. Every time I see a highlight or an extended reel of him, I say ‘He’s getting better.’ He has his father’s gift of seeing it before it happens and distributing the basketball. He looks, to me, a little better outsider shooter than his father is, just a little bit better, at that age.”

So when he saw the vicious dunk from Bronny, he was amazed and said, “And yet, this play took my breath away, because I saw some athletic ability that I see more in Bryce than I see in Bronny. Bryce seems to have more of LeBron’s explosive athleticism.”

Defending his view and tweet, Bayless said that he mentioned Bronny because he was blown away by his dunk.