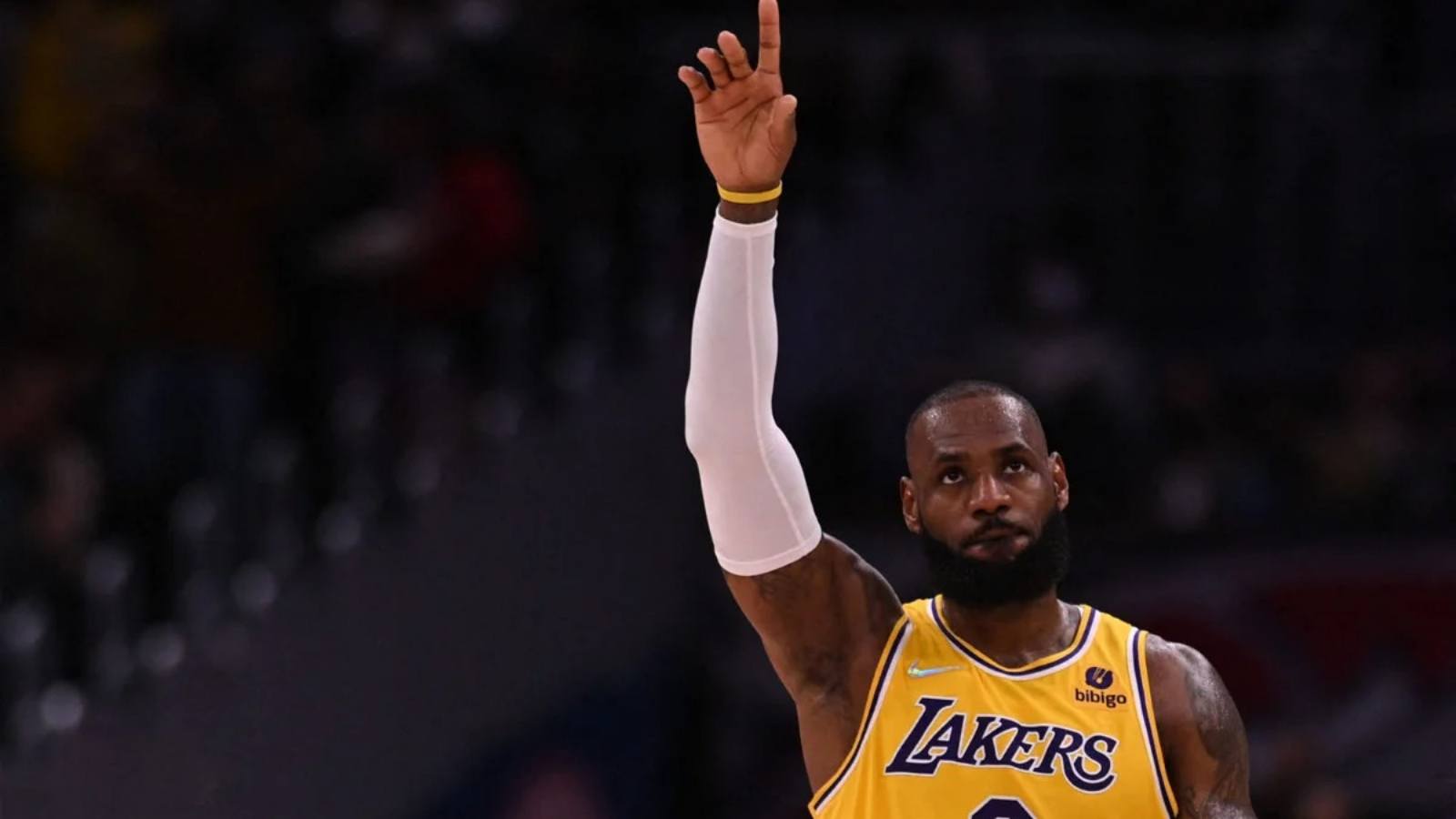 LeBron James returned to his land, an arena where he achieved it all, Cleveland Cavaliers for another road game. Being the first occurrence in the 2022-23 season, it was bound to be special. Cavs were more than happy to witness the kid from Akron, Ohio, and their greatest player in the franchise history once again in action and welcomed the 37-year-old veteran with warmth.

On the same note, Cleveland paid a tribute to LeBron, honoring his time with the team and the fans were on their feet cheering for the 4 x NBA Champion. The Rocket Mortgage FieldHouse arena was noisy with thunderous applause from the Cavaliers fans, as the King was left emotional with utmost love.

LeBron James has spent 11 of his 20 years in the NBA in Cleveland. After spending the first 7 years in Cleveland, taking the city to the Finals in 2007, in process of which he won 2 regular season MVPs, James left Cleveland for the unstoppable Miami Heat. After winning his first-2 Championships with the Miami Heat, James returned to his city, to give them a chance for a championship.

When the Ohio-born came back from Miami, he had become a lion from a cub. He knew just how, when and where to hunt. LeBron became a different breed once he came back to his city and joined Kyrie to give his city another chance. Finally, the long and tedious wait for the city of Cleveland was over and what would become perhaps the greatest 3 games of the NBA Finals and LeBron James’ career, the Cavaliers won their first and only championship riding on LeBron’s shoulders.

Fans on Twitter were emotional for the Cavaliers relieving their greatest year with their favorite players in history. They were also appreciative of the fact that they do shower their love on The Chosen One, every time he returns to his home.

One of the fans wrote on Twitter, “Always rooting for him, I hope he retires a cavalier.” While another fan wrote, “This is so classy. I don’t give a shit what you think about him, gave me the best moment of my life in 2016.” here are some fans’ reactions on Twitter, have a look at them.

LeBron and the Lakers lost the game 102-116 to the Cavaliers. After a hard-fought effort in the initial three quarters, the home team just ran away with the game in the 10 minutes. LeBron James was playing without Anthony Davis on his side, who left the game in the first half with flu-like symptoms.

Talking about the particular individua performance – LeBron scored 21 points and grabbed 17 rebounds in 36 minutes. Leading the Cavs’ offense Donovan Mitchell scored game-high 43 points in 40 minutes. It was the Lakers’ 13th loss of the season in 23 games.