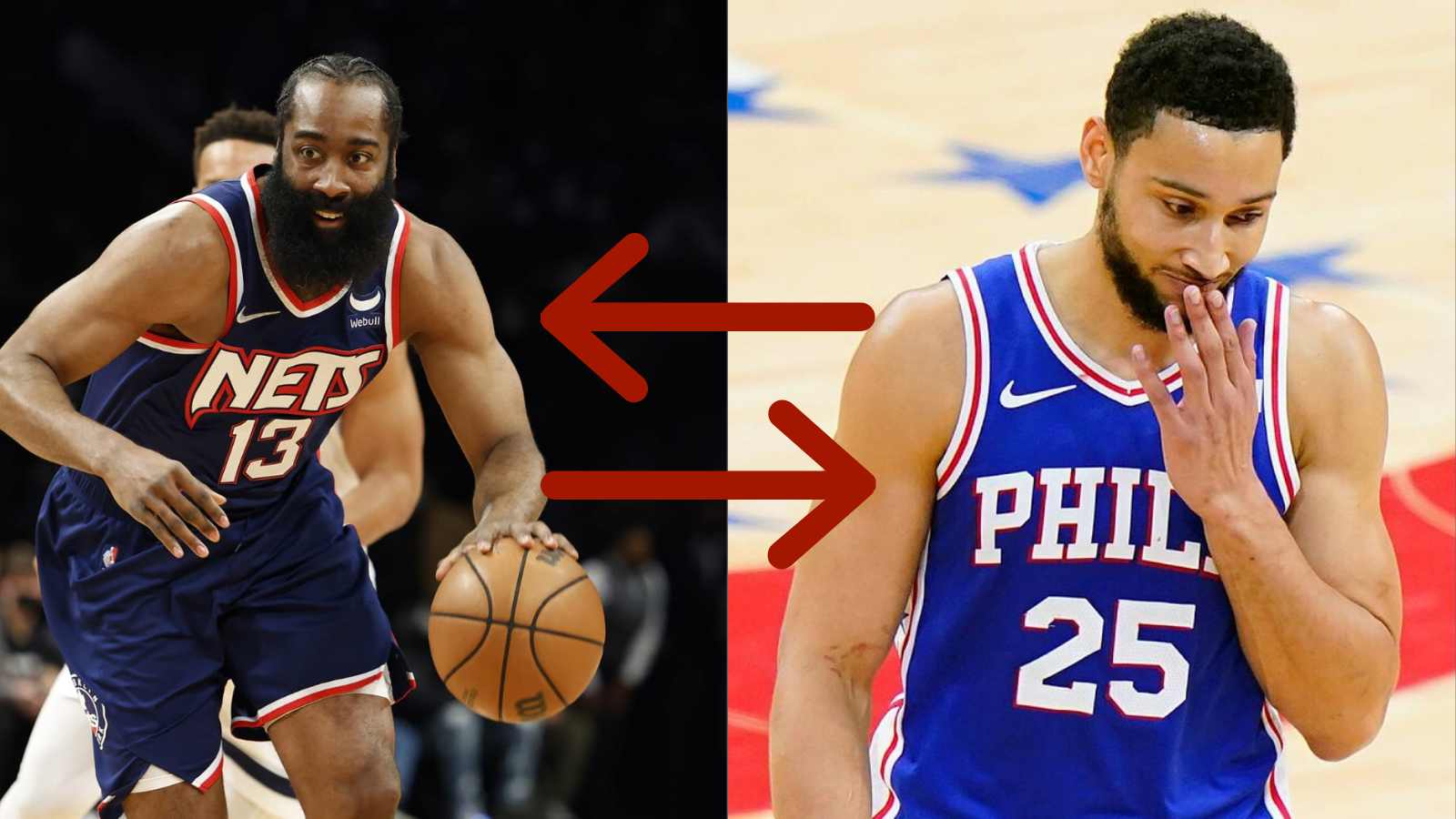 The time gap between the beginning of the season and the trade deadline always gets many of us at the edge of our seats. The drama that unfolds and speculation that goes around gives fans the jitters. This season has been no less of nail-biting as players whom we otherwise would stay with their teams until the end have been rumored the most.

As the trade deadline fast approaches, two players have been widely spoken about to be swapped for each other or traded for other assets, they are Ben Simmons and James Harden. As far as Ben Simmons’  story goes, the player has not been active since the commencement of this season and has not shown any interest in making a debut either.

James Harden has been rumored to be at the brim of his frustration as the Brooklyn Nets have been failing to grab crucial victories in the absence of Kevin Durant. Now, there are reasons as to why the blockbuster trade could go down but the chances are very slim.

For the Brooklyn Nets, the future seemed very smooth sailing for the team yet nightmare-ish for the rest of the league. Prior to Kyrie Irving’s return, many believed that his presence would absolutely be of no use. But Irving quickly proved them wrong. The all-star is averaging incredible numbers of 23.2 points, 4.8 rebounds, and 5.3 assists since his return. It is incredible for someone who has barely been part of the squad with a new system implemented.

Soon after his return, Kevin Durant, the team’s one-number option had down gone with an MCL strain. As a result, the team has been struggling to win games in his absence. On top of that, James Harden himself had to be listed out due to hamstring tightness.

According to Head Coach Steve Nash, an MRI showed nothing serious and only requires Harden to rest. Furthermore, he said that the front office has not shown any signs of interest to trade the Beard for Ben Simmons or any other player of that fact. However, Harden has been open about testing free agency by the end of this season. If the Nets fail to prove themselves to Harden, the risk of him leaving if he finds a good contract is very high.

Now that the Nets have confirmed Harden’s presence for the rest of the season, talks involving Ben Simmons have not been shut down. The 76ers guard has been away from the team due to personal reasons but they have not been specified.

Simmons recently got engaged with plans of moving to Los Angeles with his soon-to-be wife. This sparked a possible trade between the Los Angeles Lakers and the 76ers in exchange for Russell Westbrook, Talen Horton-Tucker, and a few other players. Even though this has not been addressed by either team it was still a possibility on the table.

The team has been on the lookout for players of high scoring potential and ones that will make a great pair with Joel Embiid. But they have stayed hopeful of Simmons returning to the team soon. Many staff and players believe that Simmons will not have a future with the team moving forward. They have been pushing the star to play if a trade does not occur. So far he has not made efforts to comply with the requests of the coaching staff.

Besides Simmons, fellow teammate Tobias Harris be shifted to either the Atlanta Hawks or Sacramento Kings. This increases cap space for the 76ers to acquire their desired players in James Harden or Bradley Beal of the Washington Wizards.

Also read: “MJ got hurt and missed 64 games his second year in the league”: Stan Van Gundy compares the consistency of Modern Day Superstars like LeBron James and Kevin Durant with Michael Jordan