by Shubham Bhargava
in NBA, NFL 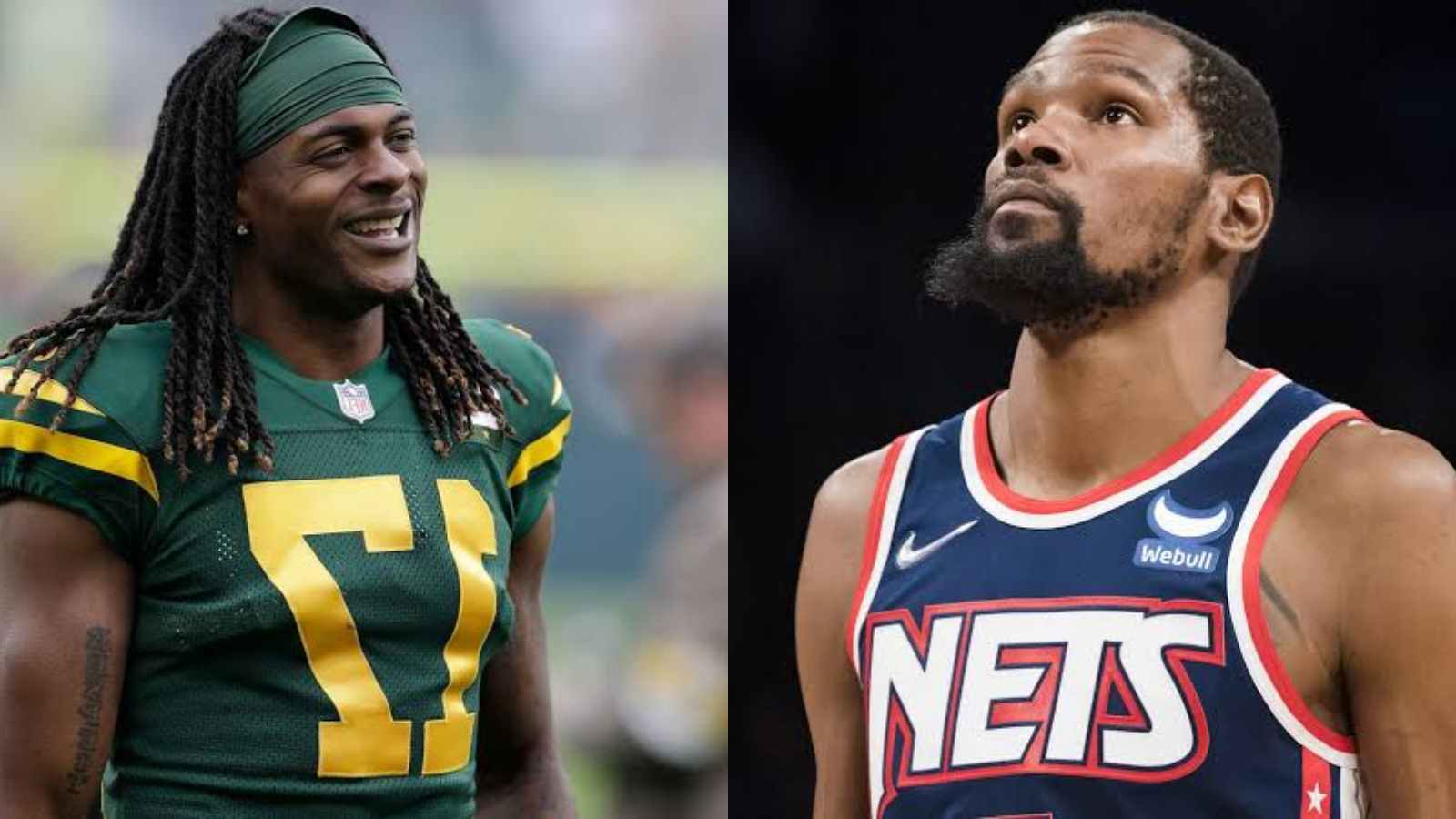 The offseason has turned out to be quite an entertaining one for all the NFL fans. Filled with drastic twists and turns, we saw several renowned names changing sides and heaps of money being showered by the franchises to rope in their preferred talent.

It seems as if the NBA is also going to gift us with similar memorable and entertaining stuff during the offseason. Recently, ESPN’s Adrian Wojnarowski reported that Kevin Durant requested a trade away from the Nets. Much to the disappointment of the Nets’ fans, the trade will bring Durant’s three-year tenure with the Nets to a sad conclusion.

Also Read: “There’s no time off” – Julian Edelman reveals Tom Brady used to make him do THIS during the offseason

“Even recruiting across other sports”: Fans react to Davante Adams’ latest Tweet on Kevin Durant

Durant is said to have a list of teams he would like to join next season so that the Net’s front office would draw some deals around those involved. As expected, not only fans but star athletes from different sports also started reacting to Durant’s drastic call. One among those athletes was former Green Bay star Davante Adams.

Adams, who refused to play under franchise tag which ultimately led to his exit from the Green Bay Packers took to Twitter and requested fans to have Durant photoshopped alongside him, Darren Waller and Hunter Renfrow. He wrote, “somebody make a edit of me, Hunter, Darren and KD hurry up.”

As expected, Twitteratis also didn’t spare any time in letting him know what they think about his request.

Davante, who is now all set to feature for the Las Vegas-based franchise himself asked the Packers during the offseason to trade him. Many opined that his call might have had something to do with his ‘allegedly’ troubled relationship with Aaron Rodgers. Nevertheless, Durant also took the same path as Adams, as far requesting trade is concerned and this surely left the WR amused due to which he made the photoshop request on Twitter.

It will be interesting to see where Durant finally ends up.