“21st to 2nd”: Kyler Murray’s contract extension puts him amongst the top 5 highest paid QBs in the NFL 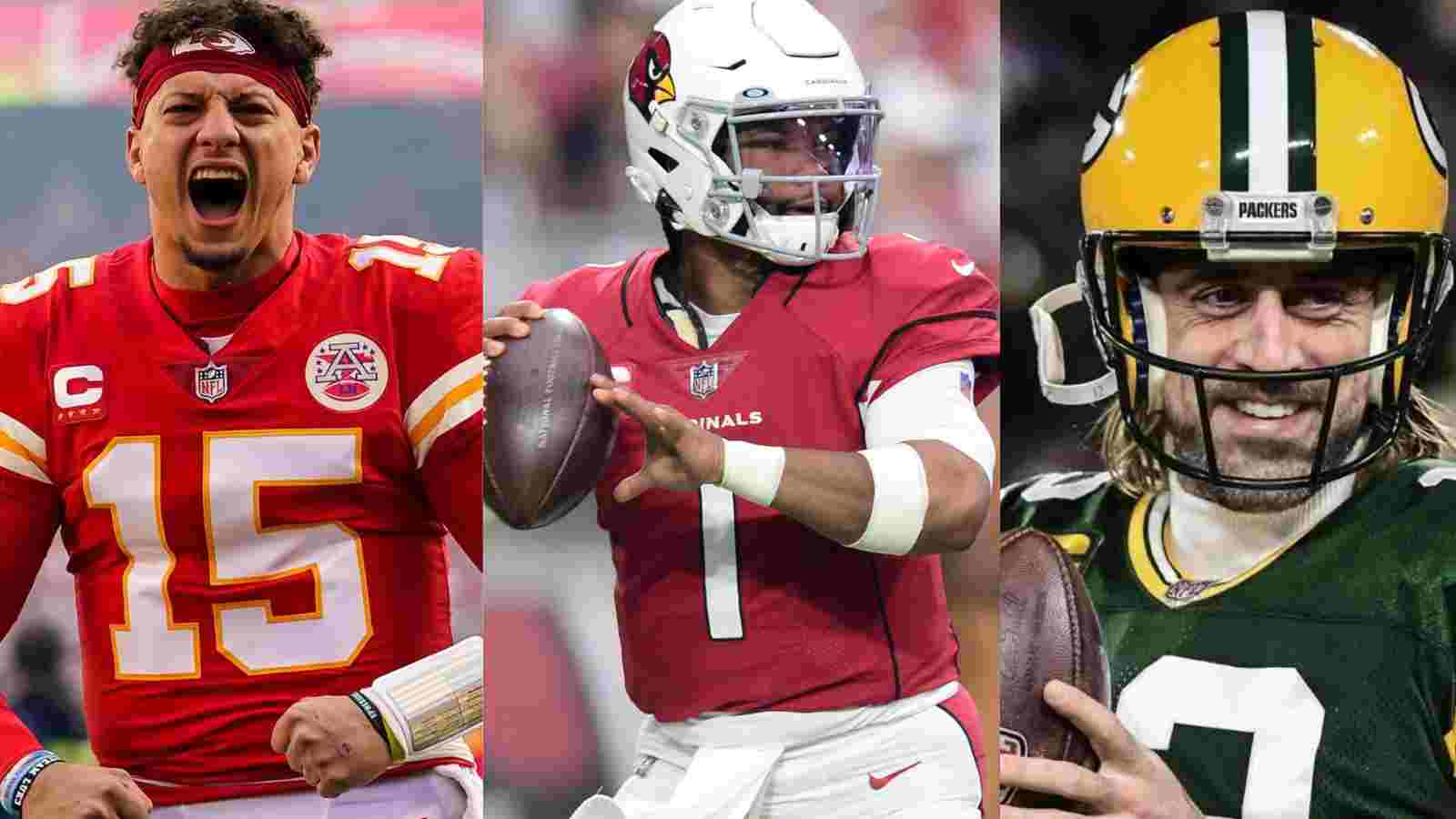 Highest paid QBs in the NFL

Kyler Murray has finally secured the bag, after much negotiations with the Arizona Cardinals, he has reached a five-year $230.5 million contract extension as per ESPN. The deal makes him $160 million richer in case he gets injured and upon signing, the quarterback will get $105 million all guaranteed. The latest contract makes him the second richest quarterback in the NFL behind Aaron Rodgers.

Deshaun Watson is the only quarterback who the most in terms of guaranteed money as all of his $230 million is guaranteed. This ends months of speculation as the Cardinals and Murray have been going back and forth on contract talks. Kyler Murray deserves this money as after being drafted in 2019, he became the first QB in NFL history to record 70 TDs, 20 rushing TDs, 3,500 yards passing, 400 yards rushing, and a completion rate of 70. He was also named the Offensive ROTY and was a Pro Bowler in the last two seasons.

Here are the top 5 highest-paid quarterbacks in the NFL in 2022:

Kyler Murray is now the second richest QB in the NFL, a bigger boost from his previous position of being ranked the 21st highest-paid QB. Let us take a look at the detailed list of the riches QBs in the NFL.

Aaron Rodgers is the highest-paid quarterback in the NFL with a whopping $50 million per year. The 38-year old veteran QB signed a three-year deal with the team in March that valued him at $150 million.

Murray’s recent contract extension ranks him at number 2 as the QB makes an average of $46.1 million per year and is currently locked-in for five years with the total value of contract being $230.5 million.

3. Deshaun Watson of the Cleveland Browns:

Deshaun Watson made headlines when he got signed by the Cleveland Browns in the midst of his scandal. While the quarterback was being faced with multiple lawsuits alleging misconduct, the Browns offered him a historic offer with $46 million per year all guaranteed. The total contract is valued at $230 million.

Pat Mahomes made headlines with his new contract as the QB has inked one of the biggest contracts in NFL history. He has committed himself to the Chiefs organization for the next decade and is all set to make half a BILLION dollars doing so. His contract gives him $45 million per year and is totally valued at $450 million for 10 years.

5. Josh Allen of the Buffalo Bills:

Bills mafia stand up! Josh Allen has reinvigorated the hopes and spirits of all those in Buffalo. The quarterback has proven his worth and shown that he is worthy of being a franchise quarterback. His current contract gives him $43 million per year with its total value standing at $258 million for 6 years.

These are the top 5 richest quarterbacks in the entire NFL. This may not be the same heading into the season as Lamar Jackson’s ongoing contract extension talks could change this list up very soon!